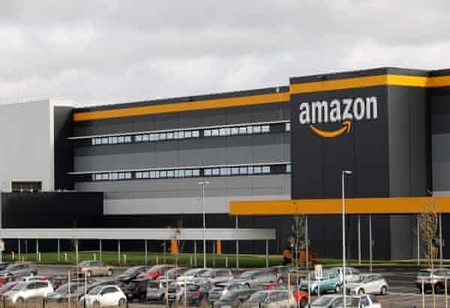 While Twitter battles the Indian government against the acceptance of India’s new IT (Intermediary or Information Technology) rules, e-commerce firms like Amazon, Flipkart, Zomato, Swiggy, MakeMyTrip, Uber, Ola and others are not quite pleased with the new Indian e-commerce rules. The changes in these rules under the Consumer Protection Act calls for a firm operation as well as a raise in expenses among online retailers.

The raise is projected to create a massive ripple that would fetch a worth of $200 billion by 2026 from Tata’s Bigbasket, Reliance Industries' JioMart, Softbank backed Snapdeal to major market players such as Amazon and Flipkart.

Prior to any raise, these rules have first raised a set of proposals that were conceived for the very purpose of boosting liabilities among e-commerce firms for their goods and services purchased on their platform. Upon every receiving and examining every response from e-commerce firms, only then should these proposals be evaluated and implemented. Likewise, firms have until July 6th, 2021 to have their say against these proposals.

However, a non-compliance with these rules could cost companies to end up with a fine of Rs.25,000 under India’s consumer legislation, warns Salman Waris, Partner, TechLegis Advocates.

On the bright side, these rules provide suggestions of alternatives to customers to ensure a fair opportunity for domestic goods when e-commerce firms attempt at selling imported products. Another notable point is that these rules will uphold the true 'Made in India' initiative by promoting indigenously manufactured goods. Yet major market players like Amazon, Flipkart, Zomato and others are not quite making peace with these rules.

Reasons Why India's New E-Commerce Sounds Uncomfy to Amazon, Flipkart, Zomato and Others?
First, the commerce and business ministry did not issue any new draft rules. The client affairs ministry published the draught and ‘explaining' that the new rules address ‘unfair' commerce activities that harm customers, which could be an attempt to soften the involvement. That is, make the proposed guidelines appear to be the result of an online-offline conflict.

Unlike the commerce ministry's final set of e-commerce rules, this draft makes no distinction between foreign and domestic e-commerce. Therefore, if new standards are implemented, they will apply to Amazon and Flipkart as well as Reliance and others.

To begin with, the Consumer Affairs Ministry's rule changes aim to prohibit e-commerce companies from conducting 'special flash deals'. While traditional e-commerce flash sales are not prohibited, specialized flash sales or back-to-back deals which limit customer choice, raise prices, and hinder a level playing field are not permitted, according to the draft guidelines.

The rules also include the idea of fallback liability, which states that e-commerce companies would be held accountable if a seller on their platform fails to provide products or services due to negligent behavior, resulting in a customer loss. When problems emerge with goods purchased on their marketplaces, e-commerce platforms frequently direct customers to the appropriate merchants to resolve any issues. Consumers will have the power to contact the platform directly with fallback liability.

However, this still does not explain what the new rules entail. E-commerce players are unsure what constitutes a normal flash sale.

the rules will have a greater impact on all forms of e-commerce, resulting in higher business costs. According to Arjun Sinha, Partner, AP & Partners, even small firms are considering the idea and will express their concerns to the government.

According to the government of India, e-commerce companies will not be required to ‘disclose' flash sales information, and discounts that ‘profit' customers will not be prohibited. Those actions, on the other hand, can be done in response to customer complaints. Nonetheless, the nature of potential authority’s action remains unclear.

Could Consumer Shopping Experience be Affected?
While traditional e-commerce flash sales are not prohibited, specialized flash sales or back-to-back deals which limit customer choice, raise prices, and hinder a level playing field are not permitted, according to the draft rules.

In case of complications, Consumers will be able to contact the platform directly in the event of a problem, thanks to fall-back-liability. Also, the rules prohibit e-commerce firms from manipulating search results or search indexes, in response to a long-standing demand from sellers and dealers for equal treatment across platforms.

The Difference E-Commerce Firms Will Have to Undergo
The proposed rules would prohibit a marketplace e-commerce entity's logistics service provider from treating sellers in the same category differently.

Parties and connected enterprises related to e-commerce companies will not be allowed to be listed as sellers on the platform, according to the DPIIT's (Department for Production of Industry and Internal Trade) foreign direct investment policy for e-commerce platforms.

An e-commerce platform's associated enterprise is defined as any entity with a common ultimate beneficial ownership of 10 percent or more.

Does Non-Compliance Translate Same Treatment as IT Rules with Social Media?
The Consumer Affairs Ministry has recommended requiring e-commerce enterprises to establish a grievance officer, a chief compliance officer, and a nodal contact person to coordinate with law enforcement agencies round the clock for every week.

The provisions also require e-commerce firms to share data with a government agency that is lawfully authorized for investigative or protective or cyber security activities, for the purposes of identity verification, or the prevention, detection, investigation, or prosecution of offences under any law currently in force, or for cyber security incidents.

However, the rules will have a greater impact on all forms of e-commerce, resulting in higher business costs. According to Arjun Sinha, Partner, AP & Partners, even small firms are considering the idea and will express their concerns to the government.

Digitizing the economy and offering low-cost internet to the people are only few of the numerous factors that have contributed to India's rapid growth in digital sales.

In India, the e-commerce sector is incredibly competitive. Many local and international businesses are vying for the lion's share of the market. As of April 2017, Amazon India was the country's most popular online marketplace, with more than $ 500 million in sales. In the local market, Flipkart and Myntra were the most dominant companies.