Is the Internet's Future Already Here? 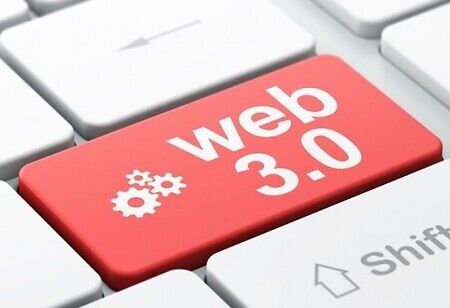 The web the world uses today is far different than what it was before social media stepped in and has thrice evolved since its entry. It went from Web 1.0 to Web 2.0 to the now most popular term on the street, Web 3.0. Web 3.0 as it goes, is characterized as Verifiable trust-less, self-governing, permission-less, distributed and robust, stateful and lastly native built-in payments.

Developers rarely create and deploy apps that run on a single server or store their data in a single database in this environment. Instead, web3 applications are sometimes referred to as dapps as they run on blockchains, decentralized networks of numerous peer-to-peer nodes (servers), or a combination of the two that constitutes a crypto economic protocol (decentralized apps).

Web 3.0 is not much dissimilar from its predecessor Web 2.0, but the former mainly pushes for decentralization and this term is not new to the block. Tim Berners Lee, the mind that invented the World Wide Web, had already spoken about it by saying, “I have a dream for the Web in which computers become capable of analyzing all the data on the Web — the content, links, and transactions between people and computers. A ‘Semantic Web’, which makes this possible, has yet to emerge, but when it does, the day-to-day mechanisms of trade, bureaucracy, and our daily lives will be handled by machines talking to machines”.

How Decentralization can be Achieved?
Often, developers are rewarded and compete to deliver the highest quality services to anyone using the service to establish a stable and secure decentralized network.

But when it comes to web3, cryptocurrency seems to take a frequent stroll here and this is due to the fact that many of these protocols rely heavily on these currencies. It offers a monetary incentive, like tokens for instance, to anyone who wished to help create, govern, contribute to, or improve one of the projects themselves.

These protocols can comprise a list of services, such as computation, storage, bandwidth, identification, hosting, and other online services that were formerly provided by cloud providers. People can earn a living by taking part in the protocol in a variety of ways, both technical and non-technical.

While centralization on the other hand, has enabled billions of people to get access to incredible technology on top of making it free of cost, yet it has hampered innovation.

Standing strong on this phenomenon is Krishna Kumar, Member, Skill Development Working Group, IET Future Tech Panel, who says that, “right now, companies that own networks have unilateral power over important questions like who gets network access, how revenue is divided, what features are supported, how user data is secured, and so on. That makes it harder for startups, creators, and other groups to grow their internet presence because they must worry about centralized platforms changing the rules and taking away their audiences or profits”.

Tim Berners Lee: I have a dream for the Web in which computers become capable of analyzing all the data on the Web. A ‘Semantic Web’, which makes this possible, has yet to emerge, but when it does, the day-to-day mechanisms of trade, bureaucracy, and our daily lives will be handled by machines talking to machines

However, decentralized networks also have their disadvantages, perhaps the most common hurdle blocking the path is the fact these networks are public assets. Meaning, it is difficult to incentivize its upkeep and development without a single institution to manage decisions and earn profits. Crypto contributes to the solution of this problem by providing decentralized coordination and economic incentives for progress.

What are the Expectations on Web 3.0?
Much of the buzz appears to be coming from the cryptocurrency community, who would presumably gain from a more reliant internet on their technology.

There has been a lot of talk about how Web3 could improve video games by letting gamers more easily buy and trade in-game objects or earn tokens that give them greater control over how the game is governed.

Some technologists anticipate that Web3 would foster the development of a metaverse built on blockchain technology and open standards, and managed by a global network of computers rather than a few large corporations. Traditional gatekeepers would be unable to regulate what may and cannot go into the metaverse if NFTs (Non-Fungible Tokens) were used to allow virtual reality commerce.

What Makes it Important?
To understand why Web3 is so significant, it's a must to first understand the purpose of the previous versions of the internet, Web1 and Web2, which ran from the 1990s to the present.

Web1 began as a collection of static or personal web pages. People were only getting started with the internet in the early 1990s, and it was packed with static web sites. There was little opportunity for interaction.

Then came Web2, and with it, Big Tech companies like Facebook, Google, Amazon, Microsoft and others came along the way. User-generated content was all the rage at the time.

When people browse, shop, or upload films and photographs, they generate massive amounts of content or data, whether they realize it or not. All of this information is saved on the servers of the businesses with whom users engage. Intermediaries thus become guardians of user data and can profit from it through advertising.

The scope of such data collection by such companies might be estimated based on their market dominance. Google clearly appears to be the most preferred search engine by users around the world.

The number of users on the platform and the amount of time they spend consuming content is a significant growth metric for such businesses. The more time spent developing content, the more data the corporation can collect, which will aid in the improvement of its AI algorithm and advertising engine, both of which are important income generators. Privacy and plagiarism are two issues that arise as a result of this. Some of these problems can be solved with the help of Web3.

Are Metaverse and Web 3.0 Possible Twins?
Despite the fact that both have a lot of buzz, experts say they are unrelated. The metaverse is all about making digital avatars and engaging with people in virtual environments, such as offices or arcades and is not necessary for it to be on a blockchain. Decentralization is the whole goal of Web3. While creating a metaverse on blockchain is a viable option, it is not a Web3 use case.