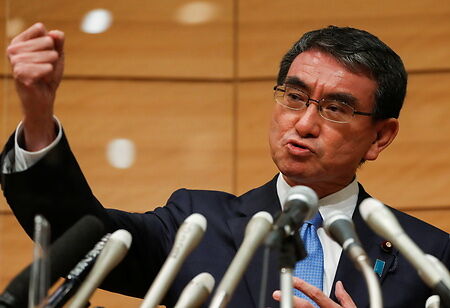 Playing Super Mario Bros was one of the most favorite pastimes for the 90s kids. Not only was it a great source of entertainment but helped relieve the stress for those retiring from a long day at school, college or work. Another convenient, yet useful invention is that of the electric rice cooker that eliminated the guesswork of measuring the water ratio for a specific portion of rice. These technological innovations came from Japan. As did the bullet train, QR code, selfie stick, emojis etc., eventually helped Japan achieve a global high-tech emblem status. Although Japan had minimal leverage in developing space technologies, it still rose from a peaceful stance to a space power nation, through the advanced space technologies it launched. Yet, the land of the rising sun is still swinging in retro style when it can be seen using floppy disks, fax machines, CDs, DVDs and other outdated technologies.

Although the nation has heard many voices say that it needs to let go of retro tech, it did not go unheard. Since, Japan’s digital minister, Taro Kono, finally took the official call of shutting down retro tech for good. The digital minister declared war against floppy disks and other retro tech used by the country’s bureaucrats. But that journey could be a bit rocky.

Who’s to Blame, Government, Floppy Disks or Hanko?
Floppy disks were invented in the late 1960s and got their name from the fact that the first products could be bent; nevertheless, three decades later, they were becoming obsolete due to more effective storage options.

To reproduce a standard memory stick holding 32GB of data, more than 20,000 common disks would be required. However, the square-shaped device's legacy may still be seen today as it's design served as an inspiration for the iconic ‘save’ symbol.

A Japanese government committee has identified 1,900 areas where businesses must employ storage devices like floppy disks to create software or store data.

Not only floppy disks, but also fax machines and ‘hanko’, a 1000-year-old custom of personal stamps that serve as a legally-binding signature, are frequently used by Japanese authorities.

Turning to storage devices, he asked: "Where does one even buy a floppy disk these days?"

Additionally, the pandemic brought attention to Japan's uneven technological adoption. Business, government, and the financial sector still lag in adopting digitalization. The fact that several employers struggled to transition to remote work, decreased economic production and reduced productivity at a key time, further weakened its structural vulnerability. Government responses to the outbreak were hampered by paper-based processes, which caused the 2020 emergency cash program that aided consumers to be delayed. E-commerce and the adoption of cashless transactions both lagged.

However, Taro Kono promised that regulations would be changed to accommodate the usage of online services.

It Comes Down to the Government
Greater productivity and growth is promised to ensue with the combined efforts of the government in supporting a faster digital transformation. For instance, lawmakers eliminated most Hanko seals, the individualized ink stamps used for centuries in Japan and similar to those in other Asian countries, last year. Hanko seals were used to authorize documents.

This shift from traditional stamps to electronic signatures is significant because it enables the digitalization of administrative processes that improve government efficiency.

The Digital Agency, a group established in September under the cabinet to speed up the digitalization of central and local governments as well as the commercial sector, is one of the additional efforts.

Accordingly Government is Taking Action
According to the government's draft fundamental guidelines on ‘particular critical technologies’, Japan intends to invest extensively in high-tech fields with the goal of improving the country's security.

20 domains, including artificial intelligence (AI) and hypersonic technology, will be the subject of research and investigations. The Cabinet will formally endorse the fundamental principles as soon as September.

The draft guidelines says that certain key technologies may ‘undermine the security of the nation and its people’ if utilized dishonestly, such as in situations where they are stolen by outside entities or become unstable as a result of foreign monopolization.

The draft underscores that, in order for Japan to maintain a strong position in the international community over the medium and long terms, research into and development of specific vital technologies, as well as the application of subsequent outcomes, are ‘indispensable factors’.

Japan may encounter challenges if relations with the other parties were to worsen in case it substantially depends on other nations or foreign corporations for important technologies.

The project would be a component of the national plan of the government and would be intended to compete with nations like China that are creating their own cutting-edge technologies.

The fields include biotechnology, genomics, medical and public health technology, advanced computing technology, robotic engineering, and advanced monitoring, positioning, and sensors, in addition to AI and hypersonic technology, which can achieve speeds of Mach 5 or higher and be used for transportation.

From the 20 fields, a committee of experts and representatives from important ministries and organizations are expected to select a select few to be supported in the coming autumn. A think tank on economic security, to be created by the government in fiscal 2023, will also be consulted for advice.

It is not the first time for Japan to be criticized regarding its old-fashioned habits, which is contrary considering how proficient it has been in inventing exciting new products.

Mr Kono has been outspoken about Japan “lagging behind” in the digital era. This week he tweeted that he was declaring war on floppy disks and asked a news conference "Where does one even buy a floppy disk these days?" He was also "looking to get rid of the fax machine," he added.

Turning to storage devices, he asked: "Where does one even buy a floppy disk these days?"

In the past, he has stirred up controversy by disparaging the hanko stamp in an effort to boost corporate productivity.

Mr. Kono was chosen as Japan's digital minister by Prime Minister Fumio Kisiha in August in order to "get things done and move things forward" electronically.