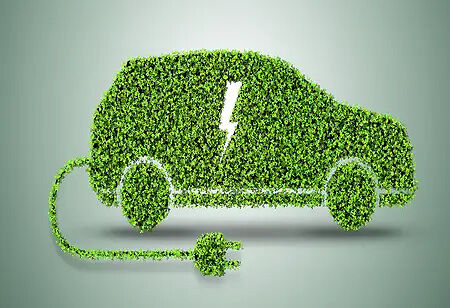 Suffering from global warming, frequent floods and fires, the Covid-19 pandemic, and many other problems, this planet urgently needs scientific and innovative measures to secure the future of humanity. In this context, at UNFCCC CoP-26, India announced an extension of its climate change commitments to Panchamrit, including a commitment to achieve net zero carbon emissions by 2070.

India is taking bold steps to establish itself as an alternative in the electric vehicle supply chain. With Prime Minister Narendra Modi pledging to achieve net zero by 2070, the government has announced at least a $3.4 billion package to accelerate the slowing adoption of EVs. The idea is to make the most expensive component battery domestically, making the final product affordable for the mass market and capitalizing on growing global demand to establish the country as a potential exporter.

Foreign automakers are also vying for some of the early EV shifts in the world's fourth-largest car market. Suzuki President Toshihiro Suzuki said the company plans to invest 100 billion rupees in manufacturing electric vehicles and batteries in India.

India's EV Ambitions
The structured gigawatt-scale production facility allows India to serve as an exporter of Lithium-Ion batteries to European and US Markets. But to do so, India needs to ensure robust supply chains along with recycling capabilities. And there lies the biggest challenge to India's EV ambitions. The second most populous country in the world has only a fraction of the raw materials needed to meet domestic demand for lithium-ion batteries. According to the battery makers, lithium-ion batteries will grow 100-fold by 2030, not to mention being produced globally.

As the world moves away from gasoline-powered internal combustion engines, the demand for lithium, nickel, cobalt, and other metals used in lithium-ion batteries is increasing. Bloomberg NEF estimates that global demand for metals used in next-generation batteries will nearly quadruple by the end of 2010, up 50 percent last year alone. Inventory is running low, which is already driving up costs.

Barriers to entry are very high, building India's first lithium smelter and seeking nickel, cobalt, and copper assets abroad. China conquered most of it. China's lithium dominance extends throughout the supply chain. The company has already signed agreements with major lithium-producing countries, giving it a head start in processing raw materials into battery-grade inputs, as well as manufacturing the storage package itself. India has a long way to go to catch up and also faces competition from other countries, including the US, which is pushing to grow domestic battery production in an effort to break China’s hold on the market.

Indian companies are in trade talks to source more material from countries such as Australia, which accounts for about half of the world's lithium exports. State-owned Coal India, the country's largest mining company, also plans to extract more metals and minerals used in batteries. India plans to announce a small lithium discovery near Karnataka in 2021 and open up key mineral mining to private companies, but it will have to look mainly abroad. Copper is another metal used in electric vehicles. Hindalco Industries Ltd, India's largest copper producer, estimates that demand is likely to more than double over the next decade. This is a particularly difficult situation, given the country's increasing reliance on copper imports.

The Ola Electric Mobility Pvt, the manufacturer of the scooter and gold refiner Rajesh Exports Ltd. will also receive incentives under his $2.3 billion program to support the development of advanced battery cells

Lithium and copper aren't the only metals in short supply. India also lacks nickel, cobalt ore, graphite, and manganese. According to the reports, India will need about 35,000 tons of nickel sulfate and 11,000 tons of manganese and cobalt sulfates to meet the domestic demand of 200 gigawatt-hours for lithium-ion batteries by 2030.

New energy researchers forecast that global demand for nickel in its purest form will rise from 100,000 tons in 2019 to 1.34 million tons by 2030. India has large manganese and graphite resources, but production has not yet expanded. It remains an import-dependent market and is unlikely to change in the next decade. This means that lithium-ion batteries are not cheap to manufacture and can be sold domestically and exported to low-income countries. It shows India’s plans to develop affordable EV models.

Initiative by Indian Entrepreneurs
Initiatives by the government have attracted the attention of billionaires like Mukesh Ambani, who owns Reliance Industries Ltd. An electric vehicle battery factory is under construction as part of a $76 billion clean energy push.

The Ola Electric Mobility Pvt, the manufacturer of the scooter and gold refiner Rajesh Exports Ltd. will also receive incentives under his $2.3 billion program to support the development of advanced battery cells.

The plant closure of Vedanta Ltd is 400,000 tons of copper per year, and its production fell by about 40 percent. To reverse this trend, billionaire Gautam Adani, Asia's richest man and one of Ambani's main competitors, is building a 500,000-tonne-a-year copper smelter in western India. Adani Enterprises aims to start production in the first half of 2024.

It may not feel like Tesla is on the front page every day, but analysts say China is ahead just because the transition to the environment is still in its early stages, and China is leading.
Countries around the world are already developing alternatives to lithium-ion batteries. As commodity prices rise, there is growing interest in the potential of sodium-ion batteries. The materials needed for sodium-ion cells are plentiful and cheap, but the technology still does not match lithium-ion when it comes to energy storage, a key performance metric for batteries. In particular, Reliance promotes the replacement of lithium with sodium, and its manufacturing cost is comparable to traditional lead-acid batteries. At the end of 2021, Ambani's company spent $122 million to acquire Farradion Ltd.