The Story of Pune Police's Reskilling, Solving of Cryptocurrency Scams 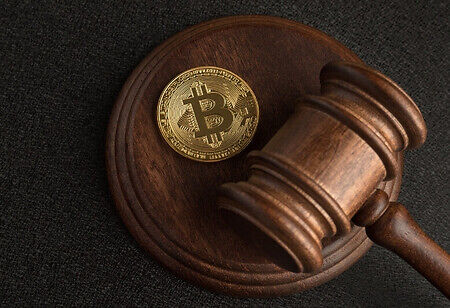 According to a report by the Investor Education and Protection Fund Authority and the Indian Institute of Corporate Authority, the top 15 Ponzi schemes have defrauded over 10 million Indians over the last three decades, resulting in an average loss of Rs.15.27 lakh per victim.

Crypto scams often dupe individuals into purchasing shady digital tokens or similar others. In Ponzi schemes, once individuals fall prey, they rarely hesitate to take a step as these schemes' enormous potential deceives them, promising massive earnings and extravagant lifestyles.

Yet, regardless of technological support or expertise, the Pune police personnel jumped right into the biggest cryptocurrency scam cases by tracing crypto-wallets containing 237 bitcoins worth Rs 533 crore. The squad, on the other hand, did not have it easy.

The Start
It started in October 2020, when Bhagyashree Navtake, a Maharashtra cadre IPS officer from Latur, was assigned to the Pune cyber unit. She knew very little about cryptography at a time when criminality in this area of the internet was on the rise.

She revealed that a significant crypto scam came to light after she joined a DCP in the cyber cell in Pune, referring to the Bharadwaj case that involved two cyber criminals imprisoned for stealing cryptocurrency while assisting the police in two crypto-scam cases in 2018.

Navtake felt that the most difficult component of the case was chasing down crypto wallets. Blockchain is a relatively new technology. Unlike conventional cybercrime, which can be cracked using brute force or a password cracking process, the police officers felt that crypto wallets are difficult to hack.

Despite the fact that blockchain technology is only so little explored, Navtake, used the same technology to catch the crypto-scammers. "The most beautiful aspect of blockchain is that every transaction is recorded on a distributed database and is immutable, meaning it can neither be changed nor modified,” said Navtake.

Since crypto wallets store cryptocurrency and are available both offline (hardware) and online, we can only open them through a private key, the crypto equivalent of a passcode. The underlying blockchain technology, secured through cryptography, means that it is encrypted and cannot be hacked using any technology, making crypto wallets unbreakable.

Meaning users will be required to provide their KYC documents, and some of their IP addresses will be tracked, making it easier to hunt down crypto-criminals.

The Challenges
However, without technical guidance, cracking down on wallets is impossible. Navatake claimed she started reading about crypto every day to get a better knowledge of what blockchain is, adding that her engineering background helped her understand crypto.

Inspector Ankush Chintaman and sub-inspector Angat Nemane, who are also computer engineers, learned about crypto from the ground up without any external help and got some expertise in blockchain tools to trace wallet addresses. Navtake learned the majority of what she knew on the internet. Together with her squad Navtake contacted a few wallet recovery firms. However, they couldn't afford to spend Rs 2 to 3 crore on blockchain technologies alone. As a result, they didn't have a choice except to take matters into their own hands.

This is due to the majority of cybercriminals trading their digital assets on large cryptocurrency exchanges like Binance, Coinbase, WazirX, and others. These exchanges have a high volume of trading, making it easier to arrange trades, explained Navtake.

The Cases
Two of the numerous cases relating to a cryptocurrency Ponzi scheme registered in the country at the time were probed by a Special Investigation Team (SIT) from the Pune police's Economic Offences Wing (EOW) in 2018. The mastermind, as well as brothers Amit and Vivek Bharadwaj, were among the 17 people arrested. The brothers allegedly deceived hundreds of people, in the country, by offering large profits on bitcoin investments through their various businesses.

Considering crypto criminals returning and multiplying in the coming days, Navtake pledged to nudge every investigating agency to create a specialized blockchain squad

Fast-forwarding to 2022, the cybercrime cell detained two individuals, Pankaj Ghode, Ravindranath Patil, and an ex-IPS officer from Jammu and Kashmir cadre. Ghode and Patil were for diverting a large amount of cryptocurrency cash from the wallets used by the accused in the 2018 cases for themselves and their accomplices' wallets. To move the cryptocurrency, the two are said to have generated falsified screenshots of blockchain wallets. Thanks to their brains, the Pune police were able to investigate two multimillion-dollar bitcoin Ponzi scheme cases.

The Operation
Back to Navtake, the IPS officer began tracing the cash's origins. WazirX was used to swap the funds. Her squad managed to collect the KYC of the individuals after contacting WazirX, eventually helping them to recover Rs.6 crore worth of cryptocurrencies in Ethereum, Ripple, and four others," she added.

It had all come back to tracing crypto-wallets containing 237 bitcoins that had been detected by the cybercrime section, but retrieval was the most difficult part, according to Navtake.

Due to the novelty and complexity of the technology, defendants gaining bail is a big barrier in such situations. For instance, when a defendant is released on parole, they quickly transfer all of the money to several wallets. It becomes a huge stumbling block in the path of the investigation. However, in the Bharadwaj scam case, the majority of the cryptocurrency was housed in hardware wallets.

The Mission
Currently, Navtake is on a mission to instil blockchain recovery techniques in her team. Considering crypto criminals returning and multiplying in the coming days, Navtake pledged to nudge every investigating agency to create a specialized blockchain squad. Her actions also remind us how difficult it gets to catch crypto criminals without rigorous rules and regulations.

Suppose the wallet address is from a foreign country. In that case, it is one of the most difficult components of any crypto study since crypto scammers send their funds to several wallets in Russia, Korea, and other countries. The question lies in how we can catch these scammers.

Navtake's answer is that the cyber police squad could only charge the suspects under Sections 409 and 467 of the Indian Penal Code due to regulatory difficulties. She believes that more serious accusations can be filed against the defendants if more stringent crypto laws exist.