Why are the Indian Gaming Companies Hyped about Web3.0? 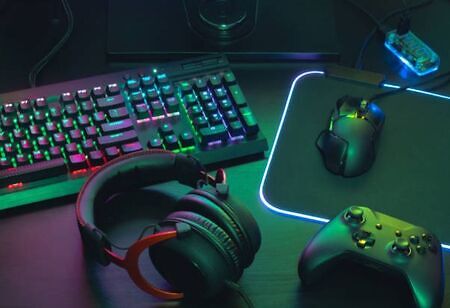 Gaming is the fastest growing industry in India, estimated at around 40 percent growth last year. The Indian gaming industry is on a high growth trajectory, with rapid digitization and transformation, increasing internet usage, and rising smartphone penetration. The domestic gaming industry is expected to create 10,000–12,000 direct and indirect jobs by 2023. Web 3.0 is supposed to be the next big evolution for the internet. It revolutionizes games and enhances the overall gaming experience for users. In simple terms, the idea with Web 3.0 games is that users are rewarded for the in-game assets they own. More importantly, those assets have a value that goes beyond the game itself. For a sport to be enjoyable, the players should know its value. They need to have the ability to play the sport with or without the blockchain. If you happen to try this, then that’s an enjoyable sport. Fun in sports for kids means learning from mistakes, working together as a team, applying a skill you learned in practice in a game, improving athletic skills to play at the next level, playing against an evenly matched team, and winning.

“Blockchain enhances the expertise by giving your digital possession and being rewarded to your interactions within the sport,” according to Aakash Mandhar, Vice President of Studio Engineering at Immutable.

Rise of the Indian Gaming Industry
According to the report by KPMG, online gaming is wining to reach a value of 510 million by the end of 2022, up from 360 million in 2020. In terms of revenue, the market is expected to grow at a compound annual growth rate of 21 percent over the next five years, reaching Rs.290 billion ($3.84 billion). Investors are drawn to the boom in the Indian gaming industry, with platforms that offer casual genres being the top priority, with over 88 percent of all Venture Capitalist (VC) funds invested in that sort.

This spectacular rise in gaming has divined well for the individual content creator industry, contributing to its growth. With over 100 million active users on YouTube gaming in India, a new monetization source has emerged. Accordingly, streamers are estimated to make about $ 1 million per year. The growth in monetization, coupled with the boom in YouTube gaming, aided India's surge in mobile gaming. Esports is another segment witnessing growth. The country generated $ 97 million in revenue from this category, with more than 17 percent of its total gaming population-watching Esports.

Web 3.0 the Next Evolution of the Internet
According to Mandhar, “the dynamic between games with economies and gamified economies will be crucial in the future of Web 3.0 games. If you do the flip, which is essentially the entire game is about playing an economy and everybody’s angle is to extract value out of it, it is no longer fun.”

With a lot of people entering the space for speculative reasons, numbers might shoot up fairly quickly in the short term. However, this is not a sustainable strategy in his view. Once there are enough high-quality games out there, there’s going to be a competition around which games people will play. At that point, these games will suffer.

Why are the Indian Gaming Companies excited about Web 3.0?
“The reason why gaming companies are excited about the prospects of Web 3.0 games in India is that users are now spending more on games and in-game purchases. The idea that gamers in India are not spenders is changing now. All gaming companies are looking at India, and the user behavior is changing,” says Dayanidhi MG, CEO, nCore Games.

e-gaming industry in India had grown tremendously in recent years, owing to rising avenues for digitization promoted by the government's flagship initiative, 'Digital India,' and improved accessibility centered on innovation and affordability by OEMs

But what about AAA games (aka the high budget, high production value) such as FIFA, GTA, Halo, etc.? Will they also adopt blockchain at some point? This could happen but might need more time. There are a lot of unknowns in the blockchain space, especially around regulations, and countries are trying to figure out how to go ahead and deal with it. Once the companies have mass adoption of customers, sentiment is generally more positive around all blockchain. The bigger AAA titles will come. AAA games with Web 3.0 aspects will attract more gamers when these areas merge. Suppose the next generation of games – the AAA quality ones — are going to offer a similar kind of user experience to gamers, and in addition to that, they provide ownership. In that case, people will not hesitate to invest and then buy those Web 3.0 elements.

Entrepreneurs are hopeful about the transformation, and it could happen sooner. The (AAA) games undergo longer development cycles within a year or two. As soon as these games are ready, they’re going to offer an experience that is similar to what you’re used to without Web 3.0 elements. But when you have a combination of both, I think that’s going to be something very interesting.

Amazon’s positive on India’s Video game industry?
During a technology conference, Amazon's CEO, Andy Jassy, spoke words of faith by saying that gaming might become the main entertainment category in the long run, especially when the e-commerce behemoth has been putting in a lot of effort for a long time and is now embracing a hit release.

According to Jassy, it’s a great start, with a couple of million daily active players. On the aggregate website Metacritic, the first four online reviews were mostly good, with an average score of 81 percent. Interest from gamers and viewers on Amazon's live streaming website Twitch has remained consistent recently.

Back in India, OnePlus India's Navnit Nakra, Vice President, Chief Strategy Officer, and Head of India Sales, said the e-gaming industry in India had grown tremendously in recent years, owing to rising avenues for digitization promoted by the government's flagship initiative, 'Digital India,' and improved accessibility centered on innovation and affordability by OEMs.