Will Single Charger Solution Curb E-Waste? Here are Some Facts 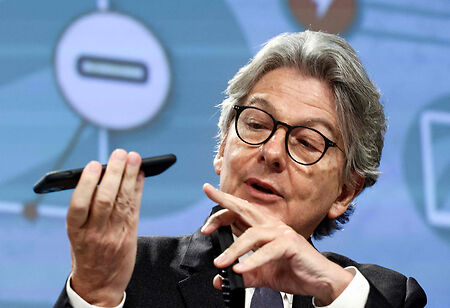 One similarity between gadget lovers and ordinary gadget users is the stockpile of cables twirled in the drawers, desks, and surroundings. Some wires become unusable, while others still have their lifespan. Either way, they end up as e-waste at home. However, the European Union is changing that by imposing one standard charger for smartphones and tablets sold within the 27-nation bloc. The EU says that by 2024, USB Type C will become a standard charging port for all mobile phones, tablets, and cameras. Here is the list of benefits the solution promises.

Charging Speed Harmonized
Consumers will no longer need to buy a new charging device and cable every time they buy a new gadget and can charge all of their small and medium-sized portable electronic devices with a single charger under the new guidelines. Regardless of manufacturer, mobile phones, tablets, e-readers, earbuds, digital cameras, headphones and headsets, handheld video game consoles, and portable speakers that are recharged by a wired cable must feature a USB Type-C port. By 40 months after the law takes effect, laptops must be updated to meet the standards.

The charging speed has been harmonized for devices that support fast charging, allowing consumers to charge their smartphones at the same rate as any compatible charger.

Instructions on Charging Characteristics
Consumers will be given clear information about the charging characteristics of new devices, making it easier for them to determine whether or not their current chargers are compatible. Customers will also have the option of purchasing new electronic equipment with or without a charging device.

These new requirements will encourage consumers to reuse chargers and save up to 250 million euros yearly on wasteful charger purchases. Every year, roughly 11,000 tonnes of e-waste is projected to be generated from discarded and unused chargers.

“European consumers were frustrated long with multiple chargers piling up with every new device. Now they will be able to use a single charger for all their portable electronics. We are proud that laptops, e-readers, earbuds, keyboards, computer mice, and portable navigation devices are also included in addition to smartphones, tablets, digital cameras, headphones and headsets, handheld videogame consoles and portable speakers. We have also added provisions on wireless charging being the next evolution in the charging technology and improved information and labelling for consumers”, says Alex Agius Saliba, Group of the Progressive Alliance of Socialists and Democrats in the European Parliament.

"This new law will make the lives of European consumers easier and will be better for the environment," said Bulgarian MEP Andrey Kovatchev, one of the negotiators. "It is time to put an end to the piles of cables that we all have in our drawers and save about 11,000 tons of electronic waste per year," he added.

Gartner analyst David Mitchell explains why it might not be as universal as it appears: "Inherently, there is a considerable bit of uncertainty about different USB-C variations right now... Depending on the use scenario, a specific USB-C cable works sometimes and doesn't work other times. It isn't as universal as many people believe."

The move is a huge setback for Apple, which has refused to comply with an EU-led voluntary effort to decrease the number of chargers on the market, which began in 2009. Apple utilizes its ‘Lightning’ charger for most mobile devices.

However, accessory producers and experts believe it will not be a major issue for Apple. The iPhone 5 introduced Apple's proprietary Lightning connector in 2012, two years before the USB-C standard was finalized. Lightning had various advantages over Apple's traditional 30-pin dock connector at the time of its release, including the capability for two orientations comparable to USB-C. The Lightning connector was smaller, more robust, and included several functions not found in USB-C.

How does it Affect Apple?
Apple is said to have been one of the first companies to work on the USB-C standard. Apple chose its custom connector after becoming frustrated with the slow pace of development. Cupertino, on the other hand, iPhones still have the Lightning port, despite the fact that Macs and iPads utilize USB-C chargers.

Since USB-C is a common cable for all devices, EU lawmakers assume it will help minimize electronic waste. Meanwhile, Apple claims that transitioning from Lightning to USB-C will result in additional e-waste because over a billion iPhones are now using the old cord.

That's not all, though. Gartner analyst David Mitchell explains why it might not be as universal as it appears: "Inherently, there is a considerable bit of uncertainty about different USB-C variations right now... Depending on the use scenario, a specific USB-C cable works sometimes and doesn't work other times. It isn't as universal as many people believe."

According to insiders, Apple does not include a USB-C connector on its iPhones since it is concerned that consumers may charge the device with other unregulated chargers, causing battery depletion and overheating.

People frequently overlook the fact that Apple has a well-established yet tightly controlled iPhone accessory network. Makers of accessories must have their hardware certified by Apple under the MFi certification procedure, which stands for Made for iPhone/iPod and iPad. It's a rigorous procedure, but the product is safe to use after it's MFi-certified. Switching to USB-C for the iPhone means Apple will lose money on its lucrative Lightning accessory business, and it may cause consumer misunderstanding about the differences between USB-C and Lightning.

With the new rules taking effect in 2024, there is some pressure around Apple since its long product development process makes it harder to incorporate drastic design changes at a later stage of product development. While Apple could make the USB-C port a standard wireless charger for newer phones, it could remove the wire completely. However, wireless adoption could be slow considering the high cost, as well as the technical challenges these chargers could bring.