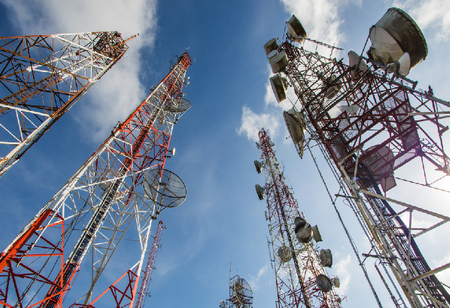 The Department of Telecommunications (DoT) has invited telecom tool and networking equipment manufacturers to apply for the production-linked incentive (PLI) scheme, which will award incentives to 10 large manufacturers and 10 small businesses.

According to the guidelines announced, authorized companies can receive Rs.12,195 crore in incentives over a five-year period provided they meet certain manufacturing targets. A total of Rs.1000 crore has been set aside for the ten MSMEs, three of which might be home-based businesses.

Non-MSMEs may be eligible for incentives ranging from four percent to six percent of incremental manufacturing in a year, according to the rules.

The program offers a larger incentive of four percent to seven percent to micro, small, and medium firms that invest Rs.10 crore, compared to huge businesses that must invest Rs.100 crore. The bottom 12 months of FY19-20 can be treated as such.

4G/5G next-generation radio entry networks, IoT units, buyer premises tools, routers, and switches will all be covered under the program.

DOT also stated that, “it is also projected that the Scheme will bring investment of around ? 3,000 crore and generate huge direct and indirect employment. This is consistent with the greater goal of 'Make in India'

On the basis of committed cumulative incremental investment, the applications will be finalized from the highest to the lowest, during the scheme period.

For that reason, the investor is expected to accomplish net incremental sales that are threefold than the amount that was invested that year to qualify the incentives. However, the upper ceiling for the said targets are estimated to be around 20 times more than the invested amount.

“It is expected that full utilization of the Scheme funds will result in incremental output of around? 2.4 lakh crores over 5 years, with exports of around? 2 lakh crores,” DOT noted.

HFCL, Coral Telecom, Sterlite, Dixon, and VVDN Technologies are all planning to expand their facilities. Bharti Enterprises has announced that it will develop a three-way cooperation with Dixon to manufacture telecom gear and take advantage of the scheme's benefits.

DOT also stated that, “it is also projected that the Scheme will bring investment of around ? 3,000 crore and generate huge direct and indirect employment. This is consistent with the greater goal of 'Make in India'.