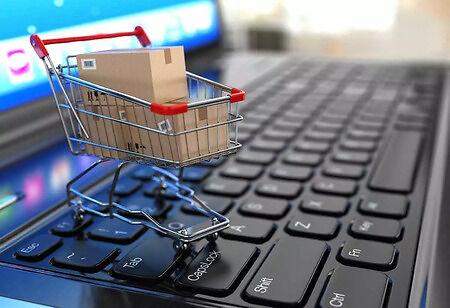 E-commerce platforms saw a 25 percent yearly growth by selling goods worth Rs.76000 crore during the festive season sale, according to Redseer Strategy Consultants.

In the words of the market research firm's partner Ujjawal Chaudhry said, the overall performance of the e-commerce companies aligned with its findings for the first week of the festive sale which saw Flipkart as the frontrunner in terms of total sales.

"We predicted about Rs.83,000 crore but in the end, it reached Rs.76,000 crore GMV (gross merchandise value) which is eight to nine percent lower than our initial prediction. However, the number of Rs76,000 crore itself is reasonably high. The growth perspective we have seen is 25 per cent year-on-year growth which is pretty healthy," Chaudhry says.

During this year's festive sales, Flipkart Group, including Myntra and Shopsy, remained at the top with a 62 percent share in Rs.40,000 crore GMV during the first week of festive sale and Amazon followed it with a 26 percent share.

There was a 26 percent total rise in the shopper base. Tier 2 and beyond cities consumers rose by 64 percent. Around 11.2-12.5 crore shoppers placed orders across platforms, according to Redseer

Ujjwal further informed that sales trends are similar to festive season one sales. Just like the previous sale, Flipkart continues to dominate the market.

The online sale segment continued to expand from last year. Its pace was matched by the fashion segment which grew by 32 percent on YoY basis. It was followed by mobile phones which grew by seven percent, electronic items including appliances grew by 13 percent while other segments grew by 86 percent.

According to the firm, mobile phones continued to enjoy a higher share during the festive season sale with the fashion category being the runner-up.

The Associate Partner of Redseer Strategy Consultants, Sanjay Kothari, informed that people who were waiting for the sale to buy new phones bought in the first week of sales. The second phase saw the improvement of sales of items with lower average selling price (ASP).

The company also found that there was a rise in the online shopper base in the country. There was a 26 percent total rise in the shopper base. Tier 2 and beyond cities consumers rose by 64 percent. Around 11.2-12.5 crore shoppers placed orders across platforms, according to Redseer.

Ujjwal Chaudhry also shared the sellers' experience, in which they told about the supportive behavior of e-commerce players. This will ultimately help online retailers in creating a favourable ecosystem.