Can Sony India Set an Example through 'Zero Environment Footprint' By 2025? 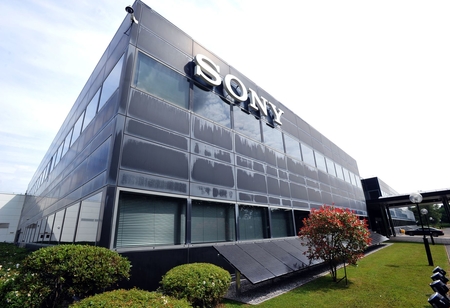 If excessive greenhouse gas (GHG) emissions are major threats of concern, so are the huge piles of e-waste. As e-waste spikes up, many consumers electronic companies are taking initiatives to mitigate the issue, while Sony India’s pledge to achieve 'zero environment footprint' by 2025 stands most prominent in that respect. Not only does the Indian wing under the Japanese conglomerate partake in collecting e-waste across India but is also engaged in recycling them as well.

As a result, about 2,975 tones of e-waste were collected during FY2019. To shake things up, the company has also encouraged its fellow consumers to partake in the mission by enabling them to deposit their e-waste, which is the company’s used products, to the company itself. This way it plans to set-up a broad network of e-waste collection.

If not immediately but a gradual drop is certain through such an initiative for the years to come. Since India is not only famous for its overwhelming population but in a large accumulation of waste and pollution. But then again population is partly the cause of massive waste hoardings.

An ASSOCHAM-EY joint report indicates a whopping five million tones of e-waste generated in India in 2021 in its research titled 'Electronic Waste Management in India'. The research highlighted that computer and mobile phone devices are the main culprits pumping up e-waste in the country.

How it started
About more than a decade Sony and Waste Management teamed up to launch a state-wide E-waste recycling program, with drop-off locations within 20 miles of the majority of the United States' population. Owners of unwanted Sony electronic equipment can drop them off at one of 75 Waste Management Recycle America eCycling locations around the country starting.

Likewise, in 2016, it launched a 'Take Back' program to take its products back to their collection facilities for free recycling.

How it's Going in India
As an esteemed manufacturer of advanced technological devices, it acknowledges its ethical duty to deal with its used products by adhering with recycling laws and regulations in nations and regions around the world.

Last year 33 collection stations were installed across India, and it continues to analyze data and make preparations based on it.

Aside from the e-waste collections Sony has decreased the usage of non-renewable resources by producing SORPLAS (Sustainable Oriented Recycled Plastic), a recycled plastic. SORPLAS on the other hand, is manufactured by combining recycled and waste plastics from electrical products categories to minimize virgin plastic consumption by generating recycled plastics while lowering manufacturing costs.

The company has used SORPLAS to create a variety of parts for the BRAVIA X80J series, ranging from the rear cover to internal components. Along the line it developed recycled plastic for audio goods that increases sound quality while preserving a high percentage of recycled material. This recycled plastic has been utilized in soundbars and home theatre systems offered in India, such as the HT-ST5000 Home Theatre.

SORPLAS plastic, according to the company, is made primarily of polycarbonate plastic recycled from materials like discarded DVD optical discs and optical sheets (light-diffusing films) used in LCD televisions. Sony's sulphur-based flame retardant is used in the recycled ingredients to create a robust, heat-resistant plastic that contains up to 99 percent recycled materials.

However, the flame retardant is not only limited to recycling those materials. When it comes down to these flame retardants, they often weaken the traits of the plastics and this enables SORPLAS to recycle several times, except with a little loss of performance. It also has the highest level of durability among flame-retardant polycarbonate plastics as a high-quality material. Furthermore, it has a good finish that does not require any additional treatments to enhance colour or glossiness.

To top it off, SORPLAS can be crushed and re-pelletized for use in new products.

Other Environmental Plans
In 2010, Sony announced the 'Road to Zero' environmental plan, which aims to achieve zero environmental impact by 2050. Sony has introduced the 'Green Management' aim, which will help the company reduce its carbon footprint even more by 2025. Reducing the quantity of plastic and energy required by items is one of the key focus areas.

The company also claims to have been working to reduce the packaging volume by up to 19 percent in 2019 compared to a previous LCD TV model, and to reduce the amount of Styrofoam used to package the LCD-TV series. The battery packaging used by digital silver and video cameras is converted from bubble packs into paper boxes and the conversion will be completed in 2021 for all models.

Ever since the dawn of the COVID-19 pandemic that has kept the world indoors, it has only pumped in more electronical devices. Since technology is the most convenient and smart way of keeping up the conditions of the pandemic. Companies have been on the constant run for e-waste management, and yet the run only continues due to the high rise in dumping used electronical products.

No matter how many initiatives are undertaken, the effort may not immediately bear fruit to the main goal but is a sure sign to what it can do in the future. This initiative in a way increases the demand for digital products, together with the need to manage e-waste responsibly and effectively. Recycling not only reduces waste disposal, but also reduces extraction of new raw materials and resources needed for processing, saving energy, and reducing greenhouse gases. Since the main elements in most electronics are considered rare earth metals that are not exactly rare but are difficult to obtain locally, at least on a local basis. The more these materials are extracted the more barren earth may turn into, which may add up to a dilemma as there may be hardly any materials left to use.

Make Way for e-RUPI, India's Next Revolution in Digital Payments