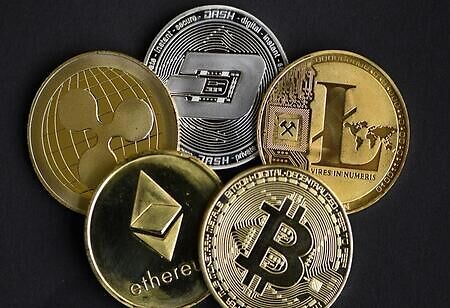 The government has decided on a bill to halt private cryptocurrencies and create a framework for an official digital currency to be issued by the Reserve Bank of India (RBI) during Parliament's Winter Session starting November 29, 2021.

A bill that 'seeks to prohibit all private cryptocurrencies in India is one of 26 bills set to be introduced in Parliament during the session that begins next week.

“Allow for some exclusions to promote the underlying technology of cryptocurrencies and its usage”, as per the Cryptocurrency & Regulation of Official Digital Currency Bill of 2021.

Meaning, the bill implies to develop a framework for the creation of the official digital currency to be issued by the RBI. The bill also aims to outlaw all private cryptocurrencies in India, but it makes exceptions to encourage cryptocurrency's core technology and applications.

In July, the RBI announced that it was developing its own digital currency, the Central Bank Digital Currency (CBDC).

The bill may also permit the use of blockchain and distributed ledger technology, which underpin bitcoin but have also been used to generate secure records and identity management

India, which has experienced a surge in investor interest in cryptocurrency and many investors already have, continues to warn residents against investing in the digital currency due to severe financial concerns.

Cryptocurrencies such as a group of decentralized digital currencies such as Bitcoin and Ethereum that are not regulated by any sovereign banking regulator which are currently unregulated in India. There is no official data, but industry estimates say that India has 15 million to 20 million cryptocurrency investors, with total crypto assets of around Rs.40,000 crore ($5.39 billion).

Earlier this month, Prime Minister Narendra Modi presided over a meeting on the future of cryptocurrencies amid concerns that unregulated crypto marketplaces could be used for money laundering and terror financing. The RBI had outlawed cryptocurrency transactions in the banking system in 2018, as it felt that cryptocurrencies such as BitCoin, Ethereum, and Dogecoin, among others, pose a risk to financial stability. It has also questioned its claims of market value, urging investors not to be lured by the promises of cryptocurrencies' returns.

However, in March of this year, the Supreme Court struck down an RBI circular forbidding banks and businesses regulated by it from providing services related to virtual currencies, which was issued on April 6, 2018.

The nature of the choices the government may or may not provide for those who possess cryptocurrencies remains unclear. Therefore, the government plans to proceed with a plan to allow the RBI to issue its own digital money.

The bill may also permit the use of blockchain and distributed ledger technology, which underpin bitcoin but have also been used to generate secure records and identity management.