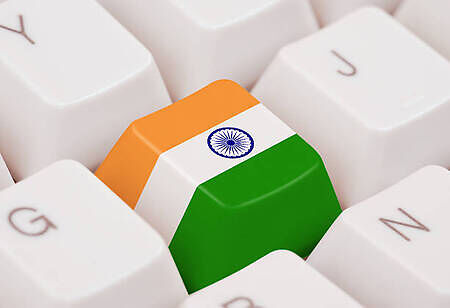 India's IT service firms recorded 14-20 percent year-on-year topline growth in the December quarter, as they increased their guard against global uncertainties and turbulent markets, but remained optimistic that cost and business factors will drive tech demand.

Large IT firms such as Tata Consultancy Services (TCS), Infosys, Wipro, and HCL Technologies kicked off the tech earnings season this week, amid analysts' pessimistic forecasts of a slowdown in advanced economies and geopolitical tensions.

The industry leaders stated that they are closely monitoring the global economy and trends.

TCS' overall revenue increased 19.1 percent in the reporting period to Rs 58,229 crore. Rajesh Gopinathan, chief executive and managing director of India's largest IT services company, said the company is more confident about its North American and British operations, which account for two-thirds of its revenues, but there are short-term uncertainties, and Europe requires closer monitoring as geopolitical tensions prevent clients from spending on IT.

According to N Ganapathy Subramaniam, chief operating officer, the transaction momentum and pipeline are looking excellent, and the overall picture on technology spending appears to be intact even in this environment.

Infosys increased consolidated revenue by 20.2 percent year on year in the December quarter to Rs 38,318 crore, surprising many by raising full-year sales outlook to 16-16.5 percent.

The company upped its annual sales projection due to a robust deal pipeline, but warned of constraints in key verticals due to the deteriorating global economy.

Infosys singled out mortgage, investment banking, telecommunications, and high-tech as being "particularly impacted, resulting in delays in decision making and uncertainties in spending."

However, the corporation was keen to point out that sectors such as energy, utilities, and manufacturing are still gaining traction.