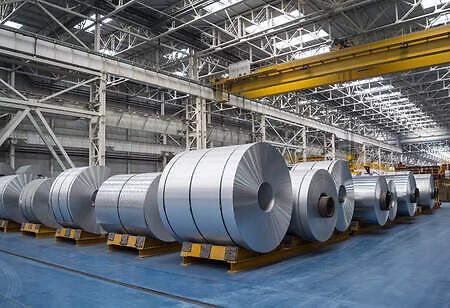 Novelis, the world’s largest aluminium rolling subsidiary arm under the multinational aluminium and copper manufacturing company, Hindalco Industries, plans to invest $ 2.5 billion to build a new recycling and rolling plant in the US in the largest greenfield expansion plan by the parent Aditya Birla Group.

The Novelis Inc., facility in Alabama will have an initial annual capacity to produce 600 kilotonnes of finished aluminium goods and will be completed by FY26, according to reports.

Reports suggest that, the latest announcement takes capex plans committed by Novelis to $ 3.4 billion, with four other new capex initiatives underway, two in the US and one each in South Korea and China.

The company has committed to investing $ 365 million to build a recycling plant in Kentucky, US, and a $ 375 million cold mill in Zhenjiang, China.

Kumar Mangalam Birla, chairman of the Aditya Birla Group says, “this investment marks the start of another transformational growth phase for Novelis.”

“We continue to invest in each of the markets Novelis serves—from the beverage can to automotive, aerospace and specialities—and in all geographies. This is also the largest global greenfield expansion project of the Aditya Birla Group and will take the group’s total investment in the US across businesses to over $14 billion,” says Birla.

According to the reports, More than half of the capacity of the new facility will be used to serve the growing demand for aluminium beverage can sheets in North America, which is driven by consumer preference for more sustainable packaging.

The plant will make significant use of advanced automation and digital technologies, including artificial intelligence, augmented reality and robotics

Steve Fisher, president and chief executive officer, Novelis says, “in addition, we are well-positioned to efficiently expand capacity at this facility in the future—above the 600kt announced today—to capture ongoing strong demand. Our readiness to invest in serving growing markets is a perfect example of how we are delivering on our company purpose of shaping a sustainable world together.”

According to the company, it will also rely on railroad transportation, which can reduce logistics-related carbon emissions by up to 70 percent compared to road transport. The plant will make significant use of advanced automation and digital technologies, including artificial intelligence, augmented reality and robotics.