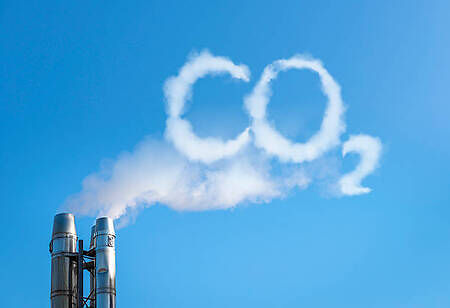 Recent IEA analysis indicates an increase in the global energy-related carbon dioxide emissions by six percent in 2021 to 36.3 billion tonnes, in what is believed to be the highest level recorded as the world economy recovered from the COVID-19 crisis. Unfavorable weather and energy market conditions with natural gas price spikes in particular are said to be accountable for the recovery of energy demand, resulting in more coal being burnt despite renewable power generation registering significant growth. Whether the expected increase in oil consumption is countered due to the reversal of the coal burning surge last year, scientists say 2022 could set a new record for global emissions.

Many companies have taken a stand in reducing emissions and the tech world is no less when it comes to building a solution to this problem in their style.

Apple Clears Emissions from its Roots
It’s not surprising to find it focusing on lowering greenhouse gas product design, manufacturing and distribution, for primarily being a hardware company. In 2020, the tech giant pledged to ensure 100 percent carbon neutrality for its supply chains and products. For that matter over 70 suppliers have given their word to the company in using 100 percent renewable energy for production, which sums up to nearly eight gigawatts in manufacturing its products, says the company. According to the company, once completed, these commitments will be able to prevent around 13.3 million metric tonnes of carbon dioxide. In addition, Apple has teamed up with the US-China Green Fund to spend $100 million in expedited energy initiatives for its suppliers. For its corporate operations, it also has a renewable energy capacity of over 1GW.

What’s more, the company announced the first usage of its carbon-free aluminium smelting technology, which will be utilized in the 2022 iPhone SE. The low-carbon aluminium is also used in the production of the 16-inch MacBook Pro at the moment. Apple is also investing in carbon sequestration through afforestation and other natural-based solutions.

“We will continue to rely upon our decades-long, global environmental management system to drive our execution to fulfill our commitments,” said Balta. “This will continue to be a worldwide initiative, not isolated to single locations or business units.”

Since it says that it is not yet fully viable to power a firm of Google's magnitude with 100 percent renewable energy, Google ‘matches’ its energy use. However, by 2030, it has pledged to totally decarbonize its electrical supply and operate on carbon-free energy 24 hours a day, seven days a week. Google Cloud and Google Workspace have zero operational greenhouse gas emissions, according to the company's 2021 sustainability report.

Intel Invests in Energy Conservation at its Facilities
Intel has made a commitment to attain net-zero greenhouse gas emissions in its global operations by 2040, as well as to improve energy efficiency and reduce the carbon footprint of its products and platforms. A few interim milestones have also been set by the corporation for 2030. By that time, the company intends to use only renewable energy in all of its global activities.

Intel will spend $300 million on energy conservation at its locations in order to save four billion kilowatt-hours in total. In addition, the corporation will construct new facilities in the United States, Europe, and Asia that satisfy US Green Building Council LEED program criteria. It is also working with its suppliers to find areas where they may improve, such as boosting supplier attention on energy conservation and renewable energy procurement, as well as increasing chemical and resource efficiencies.

Microsoft is Clearing Emissions from the Environment
By 2030, Microsoft has pledged to be carbon neutral. The corporation also says that by 2025, it will have removed from the environment all of the carbon it has emitted since its founding in 1975, either directly or through energy usage. It has established a $1 billion climate innovation fund to speed up the development of carbon reduction, capture, and removal technologies around the world. The emphasis will be on investment finance based on four criteria such as Strategies that have the prospect of driving meaningful decarbonization, climate resilience or other sustainability impacts. Increasing the speed with which present and planned emission reduction strategies are being implemented.

IBM Works on Fifth-Generation Energy Consumption Projects
IBM declared that it will attain net-zero greenhouse gas emissions by 2030 and will source 75 percent of its electricity from renewable sources globally by 2025, and 90 percent by 2030. Both goals represent third and fifth generations of these strategies, according to Wayne S. Balta, IBM VP of corporate environmental affairs and product safety and the company's top sustainability officer.

“We will continue to rely upon our decades-long, global environmental management system to drive our execution to fulfill our commitments,” said Balta. “This will continue to be a worldwide initiative, not isolated to single locations or business units.”

Amazon, Rivian Build Electric Delivery Fleet
Rivian, a developer of electric vehicles, is collaborating with Amazon to test a new fleet of electric delivery vans. To help with the transition to green automobiles, the business is deploying chargers across the United States. On a single charge, the existing fleet of vehicles can travel up to 150 miles. In February, Amazon began testing electric vehicles in Los Angeles, with plans to expand to 16 other cities this year. Amazon is experimenting with other fuels and delivery techniques to deliver items to consumers in a more sustainable manner, in addition to special electric delivery vehicles.

Ericsson is Already 100 Percent Renewable Electric
The Ericsson USA 5G Smart Factory in Lewisville, Texas, was named a Fourth Industrial Revolution pioneer by the World Economic Forum for its ecologically friendly design. According to the company, integrated environmental systems lower energy usage by 24 percent and indoor water consumption by 75 percent. The factory is powered entirely by renewable energy.

The factory is the first Ericsson facility to be recognized by the Forum as a Global Lighthouse for the implementation of 4IR technologies at scale with demonstrable advantages. When compared to a similar site without the automation and 4IR advancements, the company claims that the 5G automated factory with linked robots has provided a 120 percent increase in output per employee and a 65 percent reduction in manual material handling. Ericsson is also accelerating next-generation smart manufacturing at plants in Estonia, China, and Brazil, thanks to a modular and adaptable production setup.