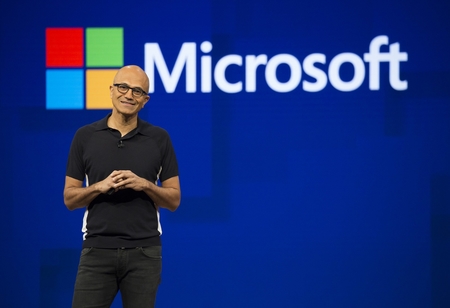 Microsoft bestowed yet another great responsibility on its Indian-born CEO, Satya Nadella, who is now named as the company’s Chairman and is expected to lead the work to set the agenda for the board.

According to CNN, Nadella, who has been CEO since 2014, has helped convert the company into a cloud computing leader in recent years, resulting in blockbuster earnings and a market worth of about USD two trillion.

Nadella will lead the effort to establish the board's agenda, leveraging his extensive knowledge of the firm to elevate the optimal strategic opportunities and identify significant risks and mitigation strategies for the board's consideration, according to a statement from the company.

The board also declared a quarterly dividend of USD 0.56 per share in addition to these position modifications. The dividend will be paid to shareholders of record on August 19, 2021 on September 9, 2021.

In this position, Nadella will lead the effort to establish the board's agenda, leveraging his extensive knowledge of the firm to elevate the optimal strategic opportunities and identify significant risks and mitigation strategies for the board's consideration, according to a statement from the company.

On the other hand, the tech giant is preparing to launch its new next generation of Windows to take place on June 24, 2021. However, a major leak ahead of the launch has unveiled the future OS's UI, which includes a new Start menu and much more. According to reports, Microsoft will rename the next upgrade Windows 11 and abandon the Windows 10 moniker. The Windows 11 update is expected to be major, and it will most certainly include a revamp of the Windows app store. According to the recent leak, Windows 11 may potentially include a new widget icon in the taskbar.

So far, Tom Warren from The Verge has leaked screenshots of Windows 11's design components. The Windows 10X, which was originally designed for two screens but was later discarded, provided a lot of design inspiration. The taskbar now has app icons in the center, the tray area has been tidied up, and a new Start button and menu have been added. The app icons and the Start menu can be moved to the left side of the taskbar or to the center. In the Start Menu, there are no Live Tiles. With pinned programs, recent files, and shut down and restart choices, it offers a simple design.

According to screenshots, Windows 11 may also include a system-wide dark mode. The user interface has been improved. It has a new app icon and rounded corners across the whole. The new Windows app store hasn't been updated yet, but it should be in the final version.