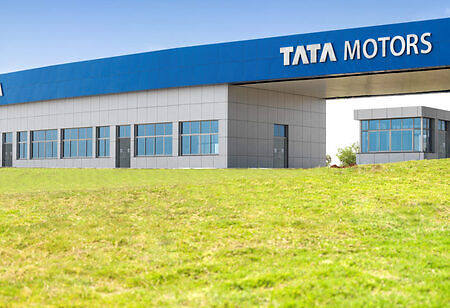 Tata Motors is closing in on talks about raising $ 1 billion through stock sales of its electric vehicle (EV) component and the funds are believed to fetch the firm an $ 8 billion value for its EV component.

TPG, California Public Employees’ Retirement System, Temasek, among others have been actively involved in these discussions which are around leading the financing exercise.

On that account, it has been acquiring attention from multiple private equity funds across the US, Middle East and South Asia.

The Tata Group flagship has been rapidly expanding its EV business to capitalize on the government's electric mobility schemes, and is now the top EV manufacturer in the PV market.

N Chandrasekaran, chairman of Tata Motors, told shareholders during the firm's 76th annual general meeting in July that the company would unveil its fundraising plans to assist the EV business. EVs currently account for two percent of the company's total PV sales.

"We have aggressive expansion ambitions, and we will raise funds as needed to achieve them.The business is also looking to put up a battery plant outside of Tata Motors”, adds Chandrasekaran.

The claims of capital raising follow the Production-Linked Incentive (PLI) plan for the auto industry, which incentivizes manufacturers to invest in new technology over the next five years.

Tata Motors' stock rose 12 percent, setting a new three-year high of Rs 376.4 on the BSE, on the back of a positive business outlook. The stock was at its best level since April of this year. This happened after Morgan Stanley upgraded Tata Motors from equal-weight to overweight and boosted its target price to Rs 448 from Rs 298 previously.

Morgan Stanley believes Tata Motors will benefit the most from increased operating and financial leverage. Furthermore, advances in market share in the Indian passenger vehicle (PV) and commercial vehicle (CV) industries could shift the focus from a worldwide luxury play to a global and India one.

Tata Motors has a ‘buy' rating from Motilal Oswal Securities, with a target price of Rs 400 per share. Tata Motors is recovering in all three of its operations. The India CV sector will see cyclical recovery, while the India PV market will see structural recovery, according to the brokerage.

"Tata Motors has a lofty ambition for electric vehicles. In the medium to long term, we expect electricity to account for at least 25 percent of our overall PV sales. It would launch ten electric vehicles before 2025 as part of the plan”, says Chandrasekaran.

Earlier this year, the business released the e-Tigor with a higher range. It will also introduce cheap vehicles aimed at the general public. The majority of other manufacturers' products are currently positioned on the premium end of the market. Tata Power is also planning to install 10,000 recharge stations in 25 cities over the next few years.

"We have aggressive expansion ambitions, and we will raise funds as needed to achieve them.The business is also looking to put up a battery plant outside of Tata Motors”, adds Chandrasekaran.