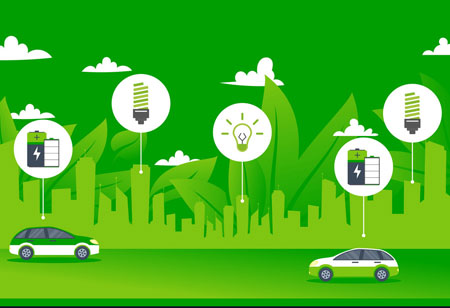 Now that India is steadily moving towards the usage of Electric Vehicles (EV), we can finally start dreaming of a greener future. It goes without saying that EVs can save a lot of fuel and clear the skies, while also putting a rest to the country’s wallet in terms of oil import.

Ranking second as the most populous country in the world means that the fuel consumption in our country is on a different level compared to other parts of the world. But this population factor also implicates that it can be used to an advantage by adopting EVs at a larger scale and most of all; we might end up becoming the largest EV market while solving the fuel crisis. This could eventually lead to India becoming the largest EV manufacturer in the process.

According to a research report by 'Prescient & Strategic Intelligence', the Indian EV market size is expected to expand to around $ 707.4 million by 2025, growing at a whopping CAGR of 34.5 percent.

Let's Talk Batteries
However, becoming the largest EV industry or manufacturing hub can also be interpreted as an explosion of the demand for the production of batteries, especially considering the large-scale adoption of EV in the years to come.

"India is pushing forward in the production of electric cars. We will be the world's leading electric vehicle (EV) producer in due course. All reputed brands are already stationed in India", expressed Gadkari.

Needless to say, the need of batteries will become as important as adopting EVs, since each of these vehicles require specific batteries to run. The battery types such as Battery Electric Vehicles (BEV), Plug-in Hybrid EV (PHEV) and Hybrid Electric Motor Vehicles (HEV) are the most popular types, where BEV made it big in the country’s industry as a major shareholder in 2017. It’s also expected that it will most probably continue to reign its position in the market both in volume and value, owing to the highest subsidies offered by the government upon its purchase.

The country’s electric car market is further categorized into Lithium Iron Phosphate (LFP), Lithium Nickel Manganese Cobalt Oxide (Li-NMC) and others. As these terms take on the high road, the country’s Union Minister, Nitin Gadkari feels pretty optimistic that demand-fulfilling manufacturing of batteries will be complete in the course of six months and India will soon soar high to be at the top of EV manufacturing worldwide.

"India is pushing forward in the production of electric cars. We will be the world's leading electric vehicle (EV) producer in due course. All reputed brands are already stationed in India", expressed Gadkari.

In a virtual meet addressing Amazon's Smbhav Summit, he explained how the government wishes to promote the installation of motor vehicles and is engaged with manufacturers in the final discussion.

Gadkari revealed another fact, where the government is already set on launching hydrogen fuel cell (HFC) technology. By using this technology, there will no longer be the worry of having to spend on the ever-fluctuating fuel price, since it utilizes hydrogen-oxygen-based (air), the chemical reactions will produce electric energy and will limit the dependency of fossil fuel.

He pointed out that the costs of these electric cars will drop in the next two years and will become as affordable as petrol and diesel vehicles, while stressing the international standards for the quality of EVs produced in India.

With companies like Ather, Tesla starting its plant in India, Amazon transforming its fleet with EV vehicles and all other Indian motor companies starting EV initiatives, everything is helping this cause.

Nonetheless, the EV market still has a long way to go to meet the government's ambitious 2030 goal. The progress is yet to go uphill, since the pandemic, being one of the challenges, not only has hampered the industry's growth, but it also has dampened the overall consumer demand. It’s a reasonable truth that the people are quite skeptic about spending.

Let's Talk Challenges
Come challenges of the EV market, it doesn’t start or end with the pandemic. One of the main reasons why people are hesitant to buy EV is the lack of charging infrastructure in our country. According to electric vehicle makers' industry body, Society of Manufacturers of Electric Vehicles (SMEV), there are only around 1,800 charging stations currently in India. To weigh in some context into this, by the end 2020, there were over 807,000 public electric vehicle charging poles in China. Another drawback lies in the current high cost of these vehicles, since they appear to be costlier than lower-end (internal combustion engine) ICE cars. This is mostly due to the increased expense of hardware used in EVs, which accounts for a significant part of the total cost. But this hurdle will no longer be a problem to stress about, as the increased R&D and market competition will supposedly help rationalize the price factor in the future to fit price sensitivity, which is a primary factor affecting purchasing in India, especially in the lower-end car segment.

Since the industry has just begun its baby steps, customers can only select from a very small range of goods. Increased investment in the industry would eventually make it more sustainable, resulting in more demand.

Dependence on battery imports as well as other components is also one of the contributors to the cost of these vehicles, where the price of charging electricity in private charging stations until EVs become a mainstream is another concern. ‘Brookings India’, reported that the demand for electricity will rise for about 100 TWh (tera watt-hours) or around four percent of total power generation capacity despite equal penetration of electricity. More and more electricity production methods are therefore needed to satisfy such demand growth.

Final Thoughts
In the end, India's success in the EV industry depends on the availability of resources for producers of original equipment, battery manufacturers, charging point operators, infrastructure upgrades and a wide range of options for customers to choose from.

According to the researchers at Yale and Columbia Universities, India ranks 168th out of 180 countries in the 2020 Environmental Performance Index The report has also highlighted that the country has numerous serious environmental health risks, one that especially stresses on poor air quality. This only means that our country needs to work more actively on its decarbonization agenda. Although the progress of normalizing and making widespread usage of EVs is a little slow, it most certainly makes a significant contribution for a healthier future.