It's Payback Time? Big Techs to Compensate the Newspaper Industry 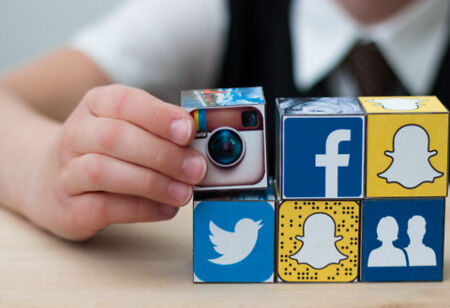 This year, Statista projected that Google would swell $ 168 billion in global online advertising revenue, followed by Instagram at $ 78 billion, Facebook at $ 58 billion, and Amazon at $ 44 billion. Industry estimates from Group M found that Amazon, Google, and Meta doubled their ad revenue share over the last five years. It was observed that Google, Meta, and Amazon control 64.1 percent of the advertising market in the US.

The entire digital advertising supply chain is dominated by Google’s and Facebook’s duopoly, making it harder for other parties to resist becoming trading partners with them. But the media industry, which has the power to reduce this duopoly, has become more involved in partnering with them rather than competing with them. Also, the traditional media and advertising outlets are yet to use the capabilities at their disposal to develop global adtech services that can be on par with those offered by Google and Facebook.

Due to their dominance, and macroeconomic factors such as inflation and rising wages, it becomes harder for new entrants to gain a foothold in the market. To tackle this issue, the US, Australia, India, and several European countries are nudging big techs to compensate content producers for using and promoting their work in search results.

In a multi-year arrangement, Facebook agreed to pay French publishers for reposting their material on its platforms

According to DNPA, Google handles more than 50 percent of all traffic to news websites. Additionally, Google is not very open about why it favors certain newspapers over others. Algorithm changes are also mostly kept under wraps.

Rajeev Chandrasekhar, the minister of state for information technology and electronics, alleged that the government was seriously considering creating new regulations to address the imbalance in the current system. He claimed that since it is a serious issue, news producers' lack of bargaining power needs to be addressed through legislation. Additionally, he thinks that the regulation can be implemented through regulatory interventions as part of revisions to the current IT laws.

The Indian government's action is anticipated to help struggling publishing companies by increasing their cash streams.

One of the largest social media sites, Facebook, benefits from a consistent stream of news from both major national publications and local newspapers. Another website that combines material from numerous publications is Google News. The massive search engine additionally offers customized news curation in the form of Accelerated Mobile Pages (AMP).

US Plans to Create an Equal Ground for Big Techs, News Industry
The US local newspaper sector is supporting the proposed Journalism Competition and Preservation Act, which states that Big Tech should compensate publishers for online news content aggregation.

The legislation intends to level the playing field for news organizations by allowing them to bargain jointly for an annual content fee from Google and Meta, the two industry leaders in digital advertising, according to the Chicago Tribune.

The bipartisan legislation guarantees that media organizations will be able to engage in fair compensation negotiations with the Big Tech firms that profit from their news content. This will enable journalists to continue their vital work of informing communities, according to Senator Amy Klobuchar, one of the bill's lead sponsors.

It is said that the measure would cover numerous local and regional publications. The measure also covers local TV and radio stations that publish original digital news material and adhere to other eligibility criteria. A minimum of once-a-week updates, fewer than 1,500 full-time employees, and at least 25 percent of their material devoted to current public interest issues are required of news publishers who qualify.

UK Says Comply or Get Penalized
The new Digital Markets Unit (DMU) will have the authority to crack down on certain companies' predatory practices. If the companies do not comply, the regulator will also be able to penalize up to 10 percent of their global sales. The guidelines aim to increase competition among digital companies while also giving people more control over their data.

In addition to hefty fines, the Department for Digital, Culture, Media, and Sport (DCMS) warned that digital companies could face further punishments of five percent of daily global turnover for each day an offense persists. According to the government, senior managers will be subject to civil penalties if their companies don't respond to information demands correctly.

The government has stated that the required legislation will be introduced in due course. Therefore, it is unclear exactly when the reforms will go into effect.

France Hails Victory as Facebook Agrees for the Deal
In a multi-year arrangement, Facebook agreed to pay French publishers for reposting their material on its platforms. The social media behemoth claimed that the licensing deal with the Alliance of national and regional newspapers means that people on Facebook will be able to continue uploading and sharing news stories freely amongst their communities. Simultaneously, it will ensure that the copyright of their publishing partners is protected.

This solution, reached after fruitful negotiations, is anticipated to increase France's investment in the news business and improve the Facebook news experience for both users and publishers.

Google, meantime, previously came to an agreement with French news publishers at the beginning of this year. However, the nation's competition watchdog soon began to inquire about how it had handled discussions with publishers.

The French competition watchdog was particularly dissatisfied with Google's attempt to unilaterally impose terms on publishers, pressuring them to accept Publisher Curated News, a global news licensing product that Google developed, rather than engaging in local terms-based negotiations as required by law.

Although the amount it is paying for content re-sharing isn't being made public, the authority's strong enforcement against Google likely prompted Facebook to sign its own agreement with French publishers.