Other EVs Can Charge Using Tesla's Supercharging Stations? Tesla's Having Change of Thoughts with Bitcoin? 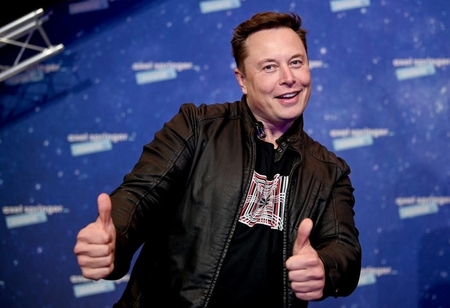 In response to a Tesla fan, Elon Musk, CEO, Tesla, tweeted, “we’re making our Supercharger network open to other EVs later this year". On another page, the technopreneurial business tycoon tweeted that the electric carmaker company is likely to start accepting Bitcoin as payments again.

Details about the Supercharger network are yet to be out of the bag, but this certainly makes important news to non-Tesla electric car owners, who can use the opportunity to charge their vehicles in different locations.

The announcement comes after years of debate about it, since the technopreneurial business magnet explained that most automobiles back then lacked certain technological aspects especially the connector’s compatibility was something that couldn’t quite sit through.

Either way, Tesla will be watering two plants with one hose, that it, it will not only offer more charging options to non-Tesla electric car owners but will also expand its the advanced electric carmaker to expand its Supercharger network. Although Tesla is known for incorporating next-generation technologies in every single detail of its products, but what is all the buzz around its charging networks?

There are speculations that if Tesla happens to set up a large number of charging stations especially in the US and if it were to power cars there with renewable energy, this might as well result in accessing or developing new government funding in the form of grants, tax credits, rebates, or green energy credits, which it can sell to companies looking to reduce their own environmental impact

Tesla's Supercharging Stations Vs Others
There are many electric automobile makers on the field bidding huge to make their empire stronger. Yet none of these huge funds mattered to Tesla for it has levelled up to such an extent that, when one thinks of electric cars, the first thought to come to mind is Tesla. That is the impact this next-generation electric carmaker company has made to the public.

The reason why most people choose Tesla over other fairly strong competitors, for one, they get to drive long distances and won’t have to worry about looking for charging stations, as they will find ones at most locations they travel to.

It’s quite a simple reason, but there’s yet another known factor that makes the entire electric car maker stand out. That is, while other automobile makers are in constant effort of scaling their electric vehicles (EV), Tesla has not just been thinking about the entire EV segment, but is also breaking sweat with different developments and looking into aspects that could exceed the consumer’s expectations. Thereby proving that it’s well advanced with its thinking as well.

Likewise, Tesla has established more than 25,000 Superchargers and it’s known for setting up its Supercharging stations to most parts of the world, taking away the consumer’s anxiety about finding a charging station during long trips.

Other competitors have also established their charging networks by partnering with companies to do so. But only Tesla’s Supercharging network is vast in North America, Europe, the Middle East and Asia

However, for Tesla users who charge their EVs at home, might have to wait for a while to achieve full charge, but company’s vast charging network makes it hassle free, as consumers can charge their vehicle at any location.

Speaking of locations, a Tesla owner can spot its charging stations and even get real-time information about the availability of chargers, including how many are in use, thanks to the navigation system in its cars.

If setting up Supercharging networks wasn’t enough, it has made sure to fulfil the need for immediate charging by installing smaller charging units at parking facilities.

Tesla Was Already Working on Compatibility?

However, Musk seems to have thought deep on that, as his reply to YouTuber MKBHD, Marques Brownlee, last year, saying that other manufacturers were ‘low-key’ interested in Tesla Superchargers and that the infrastructure was already ‘being made accessible to other electric cars’. This reflects that Mr.Musk has been working towards to making his Superchargers more compatible with other electric cars.

Could these Supercharging Stations Bring in New Government Funding Systems?
There are speculations that if Tesla happens to set up a large number of charging stations especially in the US and if it were to power cars there with renewable energy, this might as well result in accessing or developing new government funding in the form of grants, tax credits, rebates, or green energy credits, which it can sell to companies looking to reduce their own environmental impact.

Besides, the specific forms of credits would be determined by the various state and federal agencies in charge of environmental initiatives and green credit schemes.

On the other hand, Mr.Musk has announced that Tesla would soon start accepting Bitcoin as payment again

Tesla to 'Likely' Welcome Bitcoin Again
The next-generation electric carmaker had previously refused to take it as payment, citing concerns about the environmental impact of Bitcoin mining, which resulted in massive electricity depletion.

The firm's decision was then assailed by some of the company's investors and environmentalists, who hoped to persuade the corporation to resume taking Bitcoin.

This issue brought attention to the ecologically beneficial electric automobiles that can be purchased with a cryptocurrency that consumes a lot of energy.

Given the massive amount of electricity necessary for Bitcoin mining, it's been questioned whether the energy comes from fossil fuels or renewable sources.

Mr.Musk even faced criticisms like using his fame and fortune to back the cryptocurrency.

However, when he observed that how the cryptocurrency seems to be shifting towards using more renewable energy sources and also a bunch of heavy duty coal-plants that were once in operation, especially in China, have been shut down.

Moreover, he has been exploring the use of fossil fuels in Bitcoin mining. He indicated an interest in determining whether the percentage of renewable energy usage is likely to be at or over 50 percent. However, if that number tends to rise, he added that Tesla will most likely resume taking it.

“In the long term, renewable energy will be the cheapest energy, but it won't happen quickly," Musk noted. "However, as long as the mining community makes a conscious and serious effort to go toward renewables, Tesla can certainly help," Musk concluded.