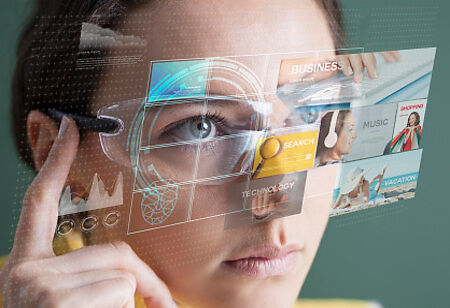 The new normal is most likely to stay, but so are the technological innovations that make the new normal more normal. Rather ‘specialization’ would be most fitting since tech companies across the globe have introduced a range of technological innovations that do way more than enable convenient handling. A lot of these are rapidly transforming sectors and ultimately shaping the digital economy across countries. Some of them are on the way to providing affordable yet accessible networks, while some are embracing already existing networks through advanced devices, and some are revolutionizing the face of sports.

What’s more, artificial intelligence (AI), e-commerce, and the Internet of Things (IoT) are already ruling the technology trend scale. But conservative sectors such as education and healthcare in particular, which have been less keen on adapting to digitalization, have in fact changed by taking the row, vigorously progressing in a matter of months that would have probably taken years if it weren’t for a biological threat against animate and inanimate beings and objects. With that said, here’s to the ground-breaking technologies of 2021.

e-RUPI Revolutionizing India’s Digital Payment Ecosystem
The Prime Minister’s announcement of the e-voucher can be considered a revolution in digital payment systems, particularly in boosting the nation’s DBT scheme. The very vision of the e-voucher is to promote good governance in digital payments. In fact, the Department of Financial Services, the Ministry of Health & Family Welfare, and the National Health Authority built the e-voucher on the National Payments Corporation of India’s platform. Although the concept is not new, certain nations, such as the US, have their own system of education and school vouchers, which are a type of certificate that offers government financing to students. India is also participating in this attempt, as the country is a forerunner in fintech and a firm believer in techno-solutionism. Since a lot of ironwork had been going on under digital infrastructure and digital transactions for around six to seven years, a large base of fintech had risen. This PM stated that other countries do not have a large fintech base. Looking back to the dark ages, the PM recalled how some Indians believed that technology was just for the wealthy and that the country was economically disadvantaged, questioning the necessity of technology. Politicians, professionals, and the government, who had fervently desired to turn technology into a purpose, were discouraged.

Starlink to Link Every Part of India
Its main purpose is to connect everyone on the earth to the internet through an expanding network of private satellites floating about in space. Starlink finally launched to stardom this year, surpassing 1,000 satellites into orbit and now sitting at 1,625 as of May, after years of research and almost $ 885.5 million in grant monies from the Federal Communications Commission (FCC). Starlink is now taking orders for Starlink services in India. Starlink expects to provide coverage in your area by 2022, according to Pincode’s official website in India. Orders are handled in the order that they are received. In India, this service is now offered for $ 99.

JioPhone Next is the Next Big Thing in 4G
While smartphone manufacturers across the world are developing 5G-ready devices, Reliance Jio opted for the 4G route, creating a phone with capabilities that fall in between Android and Playstore. Given India’s fiscal sensitivity, the Google-developed smartphone has been labeled the most’ ultra-inexpensive’ smartphone for Indian users. JioPhone Next comes with ground-breaking premium features, including language and translation tools, a superb camera, and support for the most recent Android and security updates. All of these features are unheard of in such a low-cost smartphone. The price, however, has yet to be revealed. Google claims that the JioPhone Next’s software experience would be centered on three aspects: localization, cameras, and pushing for the latest Android features and security updates. More importantly, the software will be tailored to India’s needs, taking into account the needs of millions of new customers who will be connecting for the first time.

Working from Home Now Optimized with Windows 11
According to Microsoft, Windows 11 introduces next-generation capabilities that boost end-user productivity in any industry in a flexible and fluid way. It’s a shout-out to all those ‘working-from-home’ since Microsoft’s new Windows 11 platform allows users to feel safe online, perform better, and, most importantly, eliminate the ever-present ‘connectivity’ problem. It doesn’t change much, but it does provide a more contemporary vibe, as the computer application and software developer giant stresses the cloud, which allows for a more modern yet familiar feel.

Ola’s Electric Two-Wheeler is Driving the Change
Ola is making history with its two-wheeler manufacturing plant, which equals about 378 football fields. The online taxi platform has been making headlines with its newly invented electric scooter. To begin with, this vehicle does not come with any keys; but, fear not, since the Ola app is required to provide app-based keys. This could be a time saver for those who spend time looking for their car keys in the morning. Apart from that, Ola’s EV manufacturing unit, Ola electric, bought Etergo from the Netherlands last year, hence, it’s no surprise that Ola’s electric scooter is based on the latter’s design and is believed to resemble it virtually identically. The online taxi platform has been tight-lipped about the vehicle’s specifications thus far, but its Dutch counterpart is believed to have features like alloy wheels, replaceable Lithium-ion battery, digital instrument dashboard, cloud connectivity, and more.

Xiaomi Smart Glasses Rivaling the Smartphone
These glasses display notifications, messages, translations, photo clicking, navigation, and other features. They weigh 51 gm and, while they look like ordinary glasses, the MicroLED optical waveguide imaging technology has been used to place the display in front of the user’s eyes. MicroLED pixels are individually illuminated, similar to OLEDs (Organic Light Emitting Diodes), enabling brighter displays and deeper blacks, as well as a higher pixel density and longer lifespan with a simpler design. This also makes it possible to have a smaller display, which is necessary for smart glasses. Thanks to optical waveguide technology that refracts light at 180 degrees, another feature is that the MicroLED display can carefully transport light beams to the human eye.

Twitter Tapping in on New Tipping Features
The microblogging site appears to prefer to accomplish such objectives through social media celebrities and their users, as well as the most widely discussed issue, cryptocurrency. Twitter Blue, the microblogging site’s first subscription service, allows users to tip individual followers. It has also purchased Revue, a newsletter platform that allows authors to produce and sell newsletters. Users will also have access to premium features such as bookmark management, clutter-free thread viewing, and an ‘Undo Tweet’ option, which is the closest thing Twitter will have to the long-requested ‘Edit’ button. Then there’s 'Super Follows', which lets subscribers get behind-the-scenes access, early access, and other perks from influencers like makeup artists and sports gurus. The other, Tip Jar, is a feature that will be provided to a limited number of individuals who will be able to add it to their accounts. For the time being, the Tip Jar will only be visible on the profiles of a select few producers, journalists, professionals, and organizations.