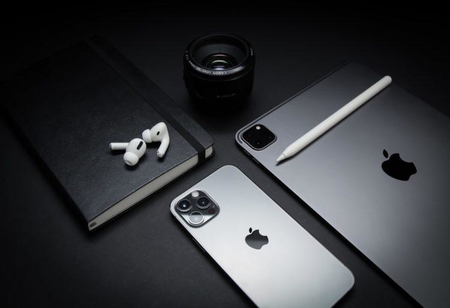 Besides flowers blossoming each spring season, it’s not that uncommon to expect a slew of fresh electronic gadgets to make it to the market especially with Apple’s Spring event in particular. The tech giant is known for product launches throughout the year and there seems a pattern with these launches starting with an iPhone, Apple Watch Series and more Macs before the closing of the year. The dates are yet to be finalized but the spring event is expected to be hosted during March or April and could most likely have folks tune in virtually.

While the new iPhone will be released in September, the October event will primarily focus on Macs. A spring event may not be as exciting as a September event, it is becoming increasingly crucial for Apple in terms of strategy. According to rumours, a new 27-inch ‘iMac Pro’ will be released in the spring, along with upgraded iPad Pro models, and a Mac mini could be released alongside the iMac Pro. Of course, a new iPhone SE and a new iPad Air could be unveiled at this event. With that said, here’s what to expect from Apple’s Spring Event 2022.

iPhone SE 3
The unveiling of the third-generation iPhone SE is likely to be the most major news made during Apple's next presentation. Although the iPhone SE 2 was announced in 2020, Apple decided not to release a new model last year. According to many sources, Apple is working on two alternative iPhone SE models, one with an iPhone 8-like design and improved internals, and the other with a fresh design. The iPhone model for 2022, on the other hand, is rumored to have an LCD display, 5G capability, and FaceID. This is the model that is expected to be released in March or April. With it's low pricing, the iPhone SE has garnered a lot of traction in markets like India. To keep gadgets like the iPhone SE alive, Apple is likely to stick to its formula.

Apple is working on an AR/VR headset, and while reports said it will be presented at WWDC, the company is now experiencing development challenges, making a WWDC debut improbable. Apple fans could see the AR/VR headgear as early as the end of 2022, but Apple could also put it back to 2023

iPad Air 5
Apple has every reason to release the next-generation iPad Air in 2022, given the success of the redesigned iPad Air, which debuted in late 2020. Despite the fact that these are merely rumors, it's probable that Apple may unveil the iPad Air at its forthcoming Spring event. Whatever CPU ends up in the iPad Air 5 isn't likely to be a surprise. The A15 Bionic CPU would boost the performance of the upcoming iPad Air to that of the iPad mini 6. There's even speculation of 5G being built inside the iPad Air, however this is currently only a rumor.

iPad Pro
The iPad Pro with the M1 chip from last year was unbelievably powerful, but developers were unable to take use of the desktop-class speed by creating pro apps. The new iPad Pro is expected this year, although it's unclear whether it'll be powered by the M1 Pro CPU or the yet-to-be-announced M2. Word on the street is that the upcoming iPad Pro may include a fresh design and support for wireless charging.

Mac mini
This could be an opportunity for Apple to update its Mac computers, notably the Mac mini. Apple updated the Mac mini with the M1 CPU in 2022. A faster Mac mini is what we should expect now that Apple has introduced the M1 Pro and M1 Max processors. For quite some time, the iPhone maker has been said to be working on a powerful Mac mini with a fresh look. The next Mac mini is said to have a plexiglass-like appearance on top and a new power cable that debuted with the M1 iMac.

A glimpse into other events for the year

The Worldwide Developers Conference
Apple's Worldwide Developers Conference is traditionally held in June, and there's no reason to believe that will change in 2022. WWDC is held early in the month and has been a digital event for the past two years rather than an in-person event. Due to the continued global health crisis, WWDC is likely to remain a digital-only event in 2022. iOS 16, iPadOS 16, watchOS 9, tvOS 16, and macOS 13 will be unveiled at WWDC.

September Event
In September, as usual Apple will host an iPhone-centric event to unveil new iPhone models, and rumors are that the iPhone 14 and Apple The iPhone 14 Pro is rumored to include a ‘hole-punch’ design that eliminates the notch in favor of a larger display surface. Face ID hardware will be under the display, and the front-facing camera will be in a small cutout. A titanium frame for the Pro models, camera enhancements, a quicker A16 CPU, and a speedier 5G modem are all possibilities.

As for the Apple Watch Series 8, new health capabilities could include temperature sensing and sleep apnea detection, as well as more advanced features like blood glucose monitoring and blood pressure measures, though they may not be available until later. The Series 8 is likely to have car crash detection, as well as a durable model that can withstand more rigorous use. Along with the Series 8, an Apple Watch SE is expected to be released at the same time.

October/ November Event
Apple occasionally organizes a second fall event, usually focusing on Macs and iPads, in addition to the September event. It's unclear what Apple fans will see at this show, but a redesigned MacBook Air is a strong contender.

On another page, Apple is working on an AR/VR headset, and while reports said it will be presented at WWDC, the company is now experiencing development challenges, making a WWDC debut improbable. Apple fans could see the AR/VR headgear as early as the end of 2022, but Apple could also put it back to 2023, hence, there's a chance fans would be unable to see it at all in 2022. If an AR/VR headset is introduced in 2022, it will be at a late-fall event.

MacBook Air
Apple is working on a new MacBook Air that will be thinner and lighter than the current model, with less bezels. The bezels and keyboard will be an off-white color, and there will be no wedge form to the chassis. The device will come with a mini-LED display, MagSafe charging technology, and USB-C connections for connecting external devices, but no HDMI or SD card slots. It will feature a faster M1 chip with the same amount of computational cores as the M1 (eight). With nine or ten GPU cores, the new Apple silicon processor will provide higher graphics than the present M1 MacBook Air's seven or eight. The MacBook Air could be released in mid 2022.

AirPods Pro
Apple is working on a new AirPods Pro model with a smaller design and a new wireless chip. According to the company, the design eliminates the small stem that protrudes from the bottom, resulting in a more rounded shape that resembles competitive wire-free earbuds from Google and Samsung.

Mac Pro
Apple is working on two Mac Pro models, one with a new chassis that is smaller in size and the other with the same design as the existing Mac Pro. High-end Apple silicon chip options with 20 or 40 computational cores, made up of 6 high-performance or 32 high-performance cores and four or eight high-efficiency cores, as well as 64 or 128 core GPUs, will be available in the revamped Mac Pro versions. High-end Intel CPUs will be used in the Mac Pro that isn't getting a refresh.