HMI Developer Incari Raises 15 Million Euros in Series A Round 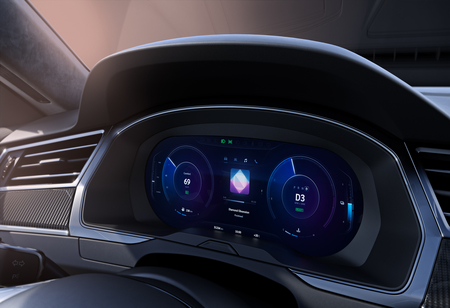 Incari, a Berlin-based HMI software provider, has raised a sum of 15 million euros led by Lukasz Gadowski in a Series A financing round. It expands its customer focus from the automotive sector to other industries.

Incari has made a new approach to develop human-machine interfaces, by providing a convenient user interface that enables anyone regardless of programming experience to construct complicated interfaces.

The application is now being rolled out to other industries after seeing success in the automobile industry. A new round of funding has been secured, and the expansion will be accelerated with an additional 15 million euros in funds from investors.

Lukasz Gadowski (Team Europe), a European entrepreneur and investor, who is now heading the Series A round of funding remarked that “Incari's method is intriguing. What the team has already accomplished in the automobile sector astounded me. These lessons can be applied to a variety of other situations. We're now working together to build a large, independent company that is engaged on a global level”.

The founders will take the company to the next level of growth with the support of investors led by Lukasz Gadowski, after being supported in the early stages by angel investors such as Armin Pohl's Wunderkind Invest. Pius Equity and business angel Gunnar Graf are supporting the starting team.

"Incari can be used wherever an interface between a human and a machine is needed. We offer an uncomplicated platform which allows developers and designers to work together starting right at the prototyping phase. Our system currently sees particular use in the automotive industry. There is, however, great demand in a variety of other industries such as health, construction, and aerospace”, said Osman Dumbuya, Founder and CEO, Incari

The Change in Human and Machine Interaction
The digitization of society, in both private and business life, is altering people's perceptions of technology. A paradigm change is being triggered by product specialization and the introduction of novel interaction concepts. Human-machine interaction advances, such as augmented reality, remote touch, and computer-brain interfaces, are driving the transition process, after all, navigating inside an AR environment or vehicle simply can not be done with a mouse.

These issues are being addressed head-on by the Incari HMI development platform. It allows for a more efficient development process to satisfy the demands of new HMI concepts and products. Incari's '3D-first approach' eliminates the limitations of earlier tools that were designed for two-dimensional representation. Real-time rendering of dynamic processes and 3D models is possible on a range of output devices. This is what makes it possible to create apps with a spatial reference, such as augmented reality.

The Incari platform is being developed in collaboration with the Fraunhofer Society's Institute for Open Communication Systems and Institute for Industrial Engineering and Organization, as well as the Daimler Center for Automotive IT Innovations, in a cooperative research and development project.

Incari is also working in the fields of neurotechnology and digital medicine, including the future integration of brain interfaces, bio-trackers, sensors, and exoskeletons, to mention a few, an example of how Incari can be utilized in a variety of HMI systems in both consumer and industrial goods.

Using the Vred visualization software, the veteran founding team has already established a standard solution in the industry. Incari arose from its predecessor firm 'CGI-Studio' in May 2021, which had previously focused on the HMI sector for the automobile industry.

"Incari can be used wherever an interface between a human and a machine is needed. We offer an uncomplicated platform which allows developers and designers to work together starting right at the prototyping phase. Our system currently sees particular use in the automotive industry. There is, however, great demand in a variety of other industries such as health, construction, and aerospace”, said Osman Dumbuya, Founder and CEO, Incari.

The advisors present for the equity financing round of VC were Prof.Gunnar Graf from Graef & Company (Berlin or Paris), Georges S Mario from Pius Equity Berlin, Dr.Sascha Leske, LL.M, from Noerr, New York and Dr.Klaus Denk from Gobbers & Denk in Frankfurt a.M.