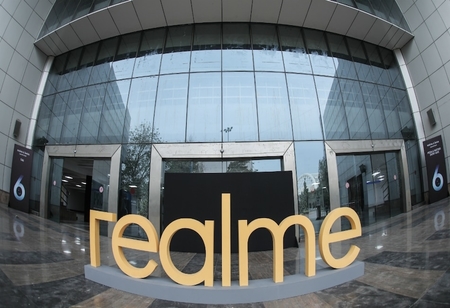 Realme has announced plans to release an ultra-affordable phone with 5G connection soon. Realme India and Europe CEO Madhav Sheth revealed at the recent global 5G meeting that the company will release a 5G phone that will cost around Rs.7,000, or $100.

Realme's strategy makes sense considering the growing global adoption of 5G phones, especially at a time when 5G technology is becoming more affordable by the day.

The existing classification of Realme's 5G portfolio phones will change this year, with the number series aimed at the entry-level market, the Narzo in the middle, and the new GT series aimed at luxury and flagship categories.

According to the same, the $100 5G phone Realme has announced would be a number-series phone. The Realme 8 Pro was the most recent phone in the company's number series, and it focused on the 108-megapixel camera, however there is no 5G in this series.

In India, Realme already has a line of inexpensive 5G phones. The recently announced Realme 8 5G is one of India's most affordable 5G phones, while other variants such as the Realme Narzo 30 Pro 5G and Realme X7 cost between Rs.15,000 and Rs.20,000.

The Rs 7,000 smartphone will be critical for India's 5G adoption. In the country, 5G connection has yet to be commercialized

Sheth previously stated that Realme intends to release as many 5G phones as possible this year. During the worldwide summit, the business also said that by 2022, it plans to release more than 20 5G phones, accounting for 70 percent of the total 5G phone portfolio. The current 5G phone lineup represents only 40 percent of what Realme has planned till 2022.

The Rs 7,000 smartphone will be critical for India's 5G adoption. In the country, 5G connection has yet to be commercialized.

The Department of Telecom has instructed Indian carriers to begin trials in collaboration with Nokia, Ericsson, Samsung, and C-DOT.

The government, on the other hand, has shunned Chinese 5G equipment manufacturers like Huawei.

Surprisingly, there are concerns about the 5G network and its possible negative effects on the environment and human biology at the same time.

The 5G rollout in India, as complicated as it is, will not be simple, at least not right now. Brands like Realme, on the other hand, will help make 5G more accessible. Consumers will be able to see for themselves what 5G can do with easy access. Not only smartphones, but 5G feature phones may also be on the way.

Reliance Jio may unveil the 5G Jio Phone at its forthcoming annual general meeting, according to certain rumours.