SoftBank to Invest $ 700 Million in Flipkart 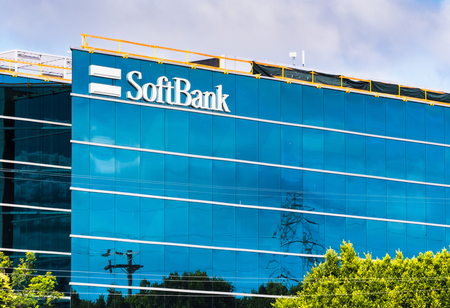 Japanese-based multinational conglomerate company SoftBank Group Corp has approached Flipkart to strike a deal of investing $ 700 million in the e-commerce firm. According to two people familiar with the situation, it sold its whole ownership in the company to Walmart Inc. three years ago.

The funding is part of a larger $2 billion round, according to reports. This round is expected to attract sovereign wealth funds such as Abu Dhabi's ADQ and Canada's Pension Plan Investment Board (CPPIB). Existing investors, such as GIC and Qatar Investment Authority, are also welcomed to participate. The Bengaluru-based company is expected to be valued at $25-30 billion as a result of the deal.

Walmart led a $1.2 billion round in Flipkart last July, valuing it at $24.9 billion. Through Flipkart, which it bought for $16 billion in 2018, the Bentonville-based company (in Arkansas) is fighting for dominance in India's online retail industry against US rival Jeff Bezos-led Amazon and Mukesh Ambani-owned Reliance's JioMart.

Flipkart, which is owned by Walmart, and PhonePe, a digital payments company, are planning to go public in the United States by 2022. According to sources, Flipkart is aiming for a $40 billion valuation for its IPO.

However, it has been claimed that the new SoftBank funding may cause Flipkart's IPO preparations to be postponed, and the company may remain private for longer.

SoftBank had previously invested $2.5 billion in Flipkart before exiting in 2018. At a time when companies like Reliance Industries and Tata are betting big on e-commerce and making acquisitions, the technology conglomerate is investing in Flipkart. Jio Platforms, a subsidiary of Reliance Industries, has raised billions of dollars from investors including Facebook and private equity companies Silver Lake and KKR.

Unless the SoftBank-Flipkart deal goes through, the money might help the e-commerce company fight against Amazon, Reliance's JioMart, and Tata Group.

It is expected that Flipkart may be able to develop strategic collaborations and make acquisitions with the support of SoftBank money. Flipkart is pursuing strategic investments in a number of small, regional, and large shops in India as it seeks to capitalise on the country's offline retail market.

SoftBank is expected to invest more than $4 billion in India's technology sector by 2021, according to reports. Edtech, healthtech, e-commerce, B2B marketplaces, and software-as-a-service are among them (SaaS). SoftBank's Vision Fund 2 will make the investments, which has a $30 billion investment outlay for the current calendar year.

This year, SoftBank Vision Fund 2 has placed significant stakes in India. It is in early talks with Swiggy, the food delivery company, to invest up to $500 million. Zeta, a financial technology startup, joined the unicorn club last month after receiving $250 million in a Series C investment from SoftBank Vision Fund 2. OFB Tech, which operates the OfBusiness business-to-business marketplace, is also said to be in advanced talks with SoftBank to raise $150 million.